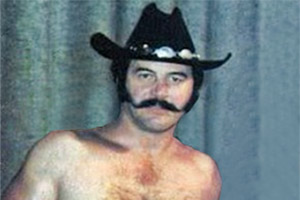 Back when bad guys wore black, Blackjack Lanza made a name for himself as a burly badman with a heart as dark as his ring attire.

Later in life, Blackjack became a trusted advisor for younger wrestlers and a loyal backstage figure for the WWE.

From Teacher to Terror

According to his obituary at SLAM! Sports, Jack Lanzo was born on October 14, 1935, in Minneapolis, Minnesota. Standing 6’5” and weighing 250 pounds, Lanzo was a natural for the ring, but he spent two years teaching sociology before he succumbed to the allure of the squared circle.

Lanza began working for Verne Gagne’s AWA in 1962, making a career change that would solidify him as one of the industry’s top villains. “Cowboy” Lanza became “Blackjack” Lanza, an ornery villain whose appetite for destruction was enhanced by his association with tag team partner Bobby Duncum and manager, Bobby Heenan. The Blackjacks with manager, Bobby Heenan.

Lanza and Duncum would later win the AWA World Tag Team Championship in 1976 after defeating the Crusher and the Bruiser, holding the belts for nearly a year. Their stranglehold on the titles was finally ended by the High Flyers (“Jumping” Jim Brunzell and Greg Gagne).

Although Blackjack Lanza became a main event singles star, his in-ring career is best-known for his time in tag team competition, especially with longtime teammate “Blackjack” Mulligan. The Blackjacks became a much-hated team, particularly when they defeated Dominic DeNucci and Pat Barrett for the WWWF Tag Team Championship.

The Blackjacks competed around North America where they proved a fearsome combination, brutalizing opponents in promotions based in Dallas, Montreal, and elsewhere. On occasion, the Blackjacks fought against heels however, such as when they took on the AWA’s Bobby Heenan and Nick Bockwinkel.

Blackjack Lanza retired from in-ring competition in 1985, but his contributions to “The Sport of Kings” was ready for another important phase. Lanza went to work for Vince McMahon behind the scenes, becoming a road agent who occasionally appeared on-screen to try and restore order during wild brawls, did his best to keep wrestlers out of trouble during their many days on the road, and most of all, lent his decades of experience to wrestlers young and old alike.

Lanza’s accomplishments saw him inducted into the 2006 WWE Hall of Fame Class and in the Professional Hall of Fame’s 2016 Class. Both inductions were for his work alongside Blackjack Mulligan as the Blackjacks.

On December 8, 2021, Blackjack Lanza passed away. He is survived by his wife Barbara Jean Kalil. Blackjack Lanza was 86 and his cause of death is unknown as of the writing of this article.

Our hearts go out to the family and friends of Jack Lanza. He was a man’s man, respected and beloved by all. He worked for and loved WWE for many years. His loyalty and dedication will never be forgotten.

Just heard from old, Winnipeg friend Bob Holliday that Jack Lanza has passed away at the age of 86.

Jack was our lead agent during the Attitude Era.

Certain talent will seek certain agents for advice, but EVERYONE sought out Lanza’s. The sweetest man but incredibly tough & 100% dedicated to making us better. Jack often didn’t tell you what you wanted to hear, but ALWAYS told you what you needed. I’ll miss you dearly my friend https://t.co/rSZwcvXCOa

What are your favorite memories of Blackjack Lanza? Let us know in the comments below. 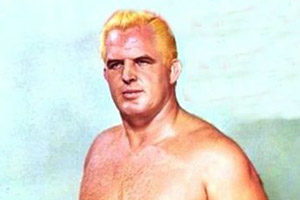