Butch Reed was the type of wrestler who epitomized the description, double-tough.

The former Kansas City Chief proved a natural for the ring and according to Dave Meltzer, Reed “had a combination of speed, power, and agility that few men in the history of the business possessed.”

Although Reed played a babyface well, his best work was as a tough-as-nails heel who brutalized opponents with his size and power.

Another Football Player Steps into the Squared Circle

Bruce Reed was born on July 11, 1954, becoming a successful football player in college and later playing for the NFL’s Kansas City Chiefs.

Reed stepped into the ring in 1978, wrestling under his real name.

He worked in Central States Wrestling and began making a name for himself in Eddie Graham’s Championship Wrestling from Florida territory, teaming with Sweet Brown Sugar (aka Skip Young). The young team defeated Dory Funk Jr. and David Von Erich for the North American Tag Team Championship, a tremendous victory that hinted at future greatness.

After his babyface run in Championship Wrestling from Florida, Reed arrived in Bill Watts’ Mid-South Wrestling, initially working as babyface “Hacksaw” Butch Reed. At the time, “Hacksaw” Jim Duggan was working as a heel and the two men clashed in a fierce feud.

Later, Reed turned on the area’s number one babyface, the Junkyard Dog.

JYD walked out on Mid-South for the WWF, ending the feud prematurely.

Reed continued as one of Mid-South’s top heels until turning babyface.

Reed eventually joined the many other wrestlers who left Mid-South for the WWF, debuting alongside manager Slick as “The Natural” Butch Reed. While his new blond hair was anything but natural, WWF fans couldn’t deny Reed’s talent in the ring. He quickly climbed the ranks in the WWF and wrestling lore has it he was being prepared for a run as Intercontinental Champion.

However, when Reed no-showed a WWF event, the belt was put on the Honky Tonk Man instead.

Reed battled a number of Superstars and was set to feud with Superstar Billy Graham. Unfortunately, Graham’s health woes led to his retirement, ending the feud prematurely.

Reed participated at a number of high-profile WWF shows, including WrestleMania, Royal Rumble, and Survivor Series. 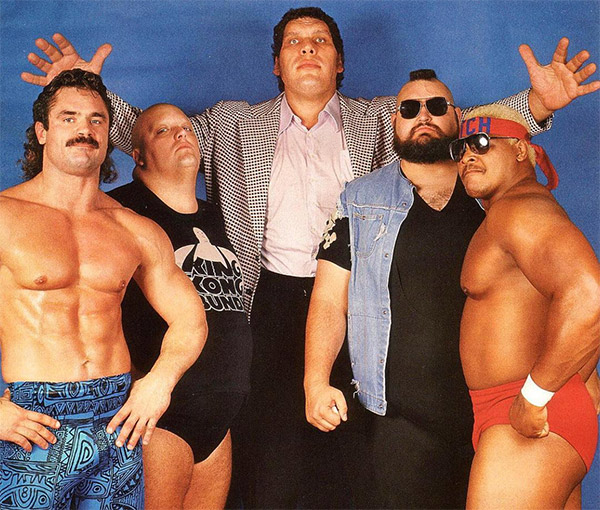 Many fans remember Butch Reed for his rampaging run alongside Ron Simmons as the heel tag team, Doom.

The mysterious masked wrestlers unleashed havoc in World Championship Wrestling’s tag division as fans tried to figure out their identities.

Managed by Woman (aka Nancy Sullivan), the team feuded with the Steiner Brothers in some fondly-remembered matches. Reed continued wrestling on the indie circuit, working shows into the early 2010s.

Reed took on a new career, stepping out of the ring and becoming a rodeo cowboy.

Reed participated in the class action lawsuit against the WWE filed by over 50 past performers who alleged the company hid the impact of concussions. The lawsuit was eventually dismissed.

Butch Reed died on February 5, 2021, with some claiming it was the result of complications from two heart attacks he’d suffered in January.

According to a report from Kansas City’s FOX 4 affiliate however, “His family blames his death on COVID-19, which they said he tested positive for around January 12.” An announcement was made via Butch Reed’s official Instagram page.

“To everyone who reached out god bless you. Today we lost a great man. Due to heart complications Bruce ‘Butch’ Reed passed away. Butch is in heaven now with the wrestling god’s. I am sure he is already booked for a Heavyweight Championship match. Once again thank you for all the prayers. We will keep this page going in his memory. For funeral arrangements send me a dm for information if you would like to attend. God bless everyone and god bless in heaven “Hacksaw Butch Reed” 💪🏾💪🏾”

Butch Reed was 66 at the time of his passing.