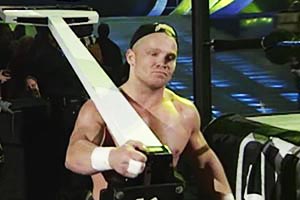 Crash Holly – Dead at 32 from an apparent suicide. photo: wwe.com

During his time in the WWF, Crash Holly both enraged and engaged fans. Primarily used as comic relief, Crash Holly became somewhat of a legend during his relatively short career in the WWF. While many hoped that he would have a comeback, the eventual Crash Holly death came not long after his final WWF appearance. As the wrestler was only 32 years old, Crash Holly’s death shocked and saddened fans around the world and fellow wrestlers alike.

Michael Lockwood or Crash Holly as he would later become known was born on August 25, 1971 in Anaheim, California. By 1989, he was involved in wrestling, competing under a variety of aliases. Some of them included Johnny Pearson and Erin O’Grady “The Leprechaun.” After nearly 9 years in small organizations, he had the chance to audition for the WWF. He squared off against wrestler Vic Grimes. Ultimately, both received contracts and were admitted to the Power Pro Wrestling training program to prepare for entry into the WWF. Time with the WWF

Michael Lockwood debuted as Crash Holly in the WWF in 1999 as the supposed cousin of Bob Hardcore Holly. From the start, Crash Holly brought fun to the ring. Although he only weighed 212 pounds and was just 5 foot 11 inches tall, he was announced as weighing well over 400 pounds when he would come to the ring. As a part of the gag, Crash would take a scale into the ring with him to try and prove that he could qualify to wrestle as a heavyweight. Although it was primarily intended for comic relief, the character still seemed to be over.

Along with Hardcore Holly, Crash won the WWF Tag Team Championship in 1999. Their partnership would prove to be short-lived. Soon, the pretend family members were bitter enemies. During his 4 years with the WWF, Crash won the WWF Hardcore Champion belt 22 times. 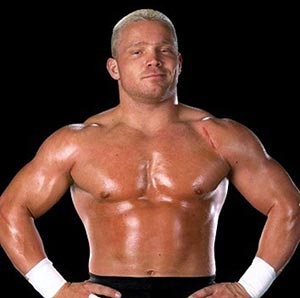 The End of a Career

Although Crash Holly had fans in the WWF, 2003 saw a number of new wrestlers entering the line-up. Interest in some of the newer wrestlers took off, and Michael Lockwood lost his place in the story lines. The problem was compounded by the WWF’s acquisition of the WCW. The acquisition brought many big name WCW wrestlers to the WWF and basically eliminated Crash Holly’s hopes of returning to the spotlight. In June, the newly formed WWE ended his contract.

Crash Holly defeats Test for the Hardcore Championship on the February 24, 2000 episode of SmackDown. Sadly, both men would be dead before 2010.

The Crash Holly death occurred shortly after his final wrestling appearance with the Heartland Wrestling Association. His date of death was November 6, 2003. On the night of his death, Crash Holly was staying at the home of his dear friend, professional wrestler Stevie Richards. The house was located in Navarre, Florida. He was found dead, lying among empty bottles of pills and an empty bottle of alcohol in a pool of vomit. Police were called, and he was pronounced dead at the scene. On April 27, 2000 Crash Holly uses a trash can to help him win the Hardcore Championship and (literally) runs away with the belt on SmackDown! He would be dead 3 short years later. photo: wwe.com

The Cause of Crash Holly’s Death

After the Crash Holly death, a full investigation was launched. An autopsy was performed on the professional wrestler. It was determined that the Crash Holly death was caused by suicide with a deliberate overdose of more than one bottle of the muscle relaxant Carisoprodol and alcohol. There is no certain answer as to why the wrestling star chose to take his own life; however, his wife, N’keigh Wheeler, had recently filed for a divorce.

Many believe the pending divorce and his failing career drove him to the act. Officially, the cause of death on the autopsy was listed as asphyxiation. This was because the Crash Holly death was technically caused by choking on vomit. Crash Holly’s family laid him to rest in China Grove in West Central, North Carolina. Although the Crash Holly death occurred before he could become a huge name in wrestling, his legacy lives on, and he remains well known among many fans of professional wrestling who remember his antics in the ring.

A number of tributes have been paid to Lockwood. Fellow wrestling personality Nora Greenwald donated a portion of the profits from her 2005 autobiography CD to a fund established to pay for Crash Holly’s daughter’s education. The New Breed Wrestling Association held a wrestling tournament in his honor called the Mike Lockwood Memorial Tournament that same year. The Crash Holly death was among a number that was memorialized by a film clip reel that aired at ECW One Night Stand, held on June 12, 2005. 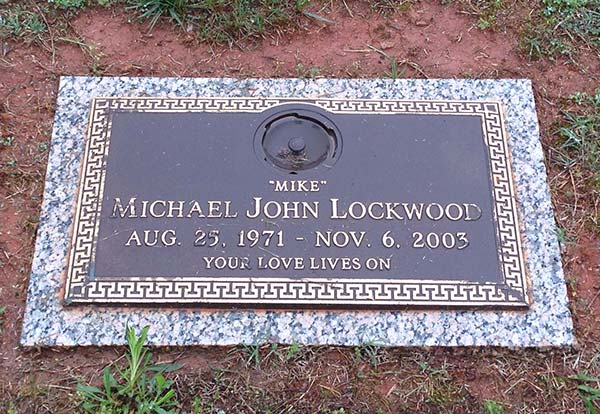 Have a comment about Crash Holly? Sound off in the comments below!