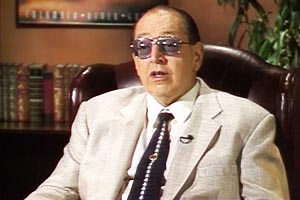 Although the Gorilla Monsoon death news broke back in 1999, wrestling fans still fondly remember both the voice and wrestling persona of the 6 foot, 5 inch tall, 401 pound giant. Born Robert Marella, Gorilla Monsoon won the WWWF United States Tag Team Championship title twice over the course of his career. After he retired in 1981, Gorilla Monsoon became a road manager for the WWD and was an on-air commentator for matches. He even briefly served as the on-screen president of the WWF during the 1990s. 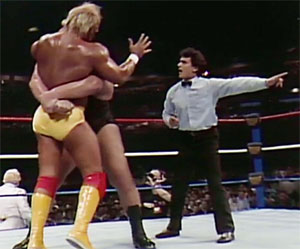 Tragedy in the Marella Family

The 1990s proved to be a very difficult time for the Marella family. On June 9, 1994, Gorilla Monsoon was inducted into the WWE Hall of Fame by friend Killer Kowalski, but soon after, tragedy struck his family. On July 4, 1994, Robert’s son, Joey, was killed in a tragic auto accident. Joey served as a WWF referee throughout the 80s and early 90s. The collision occurred when Joey Marella was traveling on the New Jersey Turnpike and fell asleep at the wheel.

While it would be several years before the Gorilla Monsoon death, many people speculate that grief and stress over losing his son contributed to the wrestler’s eventual death. 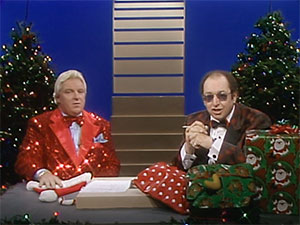 Perhaps the most legendary commentary duo in wrestling history: Gorilla Monsoon and Bobby “The Brain” Heenan

The Last Days of Gorilla Monsoon

In 1999 just months before Gorilla Monsoon death, the retired wrestler served as a judge at WrestleMania XV’s Brawl For All. Fans were shocked at the appearance of the former wrestling superstar. Gorilla had been largely out of the spotlight since health concerns required him to give up wrestling commentating in 1997. Gorilla Monsoon was suffering from diabetes and had become very frail.

On September 19, 1999, Gorilla had a massive heart attack and was hospitalized. He was placed on kidney dialysis and treated for heart failure, but ultimately, these treatments could not prevent Gorilla Monsoon’s death. His family made the decision to discontinue his dialysis. Robert Marella peacefully passed away in his own home in Willingboro, New Jersey, on October 6, 1999. He was only 62 years old.

The Best of Gorilla Monsoon and Bobby “The Brain” Heenan

Immediately after the Gorilla Monsoon death news broke, the entire wrestling community began to respond. Two days after he passed away, commentator Tony Schiavone and wrestler Bobby Heenan paid tribute to Gorilla Monsoon at WCW Monday Nitro. The move was surprising considering the fact that Robert Marella was never affiliated with WCW. This speaks to just how beloved Gorilla Monsoon was by everyone involved with professional wrestling.

A number of famous wrestling personalities issued statements saying how sad they were at the news of his passing, including King Kong Bundy and Cowboy Bob Orton. The Legacy After the Gorilla Monsoon Death Story

Even years after the death of Gorilla Monsoon, the wrestling community continues to remember him. When Bobby Heenan was inducted into the WWE Hall of Fame in 2004, 10 years after Marella was given the same honor, he said sadly that he wished his friend could be present to witness the important occasion. In 2007, wrestler Anthony Carrelli paid tribute to Gorilla Monsoon by selecting the name Santino Marella. Have a comment about Gorilla Monsoon? Sound off in the comments below!