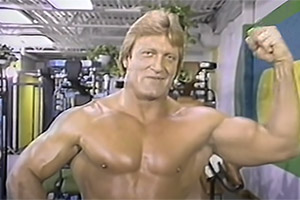 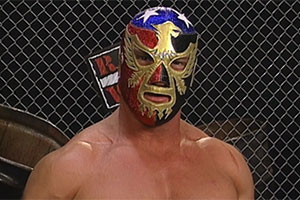 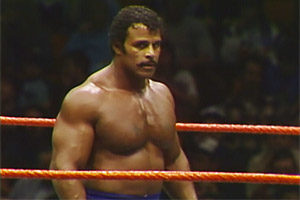 View All
View Dead Before Age 50

I’ve been asked by a lot of people why a website about dead wrestlers was created. The short answer is that this is more or less a tribute website. 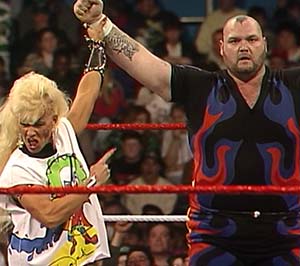 Bam Bam Bigelow and Luna Vachon, a popular duo in the early 90’s – both dead before age 50. photo: wwe.com

I grew up watching the WWF in the 90s, and it always blew my mind how many wrestlers seemed to die at a young age. Most of the tribute websites I found lacked information, or were sorely outdated. So I decided to make my own.

Unlike other major sports, it wasn’t until the last decade or so that wrestler deaths were even acknowledged by mainstream media. Another wrestler dies and the news would practically be swept under the rug. WWE deaths were not looked at in the same light as those in the NFL or MLB.

Like him or not, journalist Phil Mushnick hit the nail on the head in 1997 when he said “sadly, the early deaths of professional wrestlers is treated much like the deaths of cartoon characters – ‘they can’t be real people, so they can’t die real deaths’.”

Most mainstream media attention surrounding wrestler deaths was overwhelmingly negative. When a wrestler dies, the headlines too often seem to include steroids, drug abuse, early heart attacks, or worse. But are these headlines surrounding deceased wrestlers warranted?

Another wrestler dies. But wrestling is fake, right? The rough life inside and outside the ring 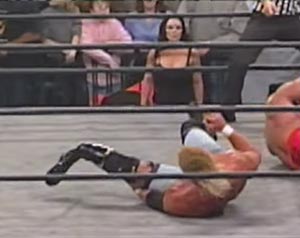 Outsiders are quick to dismiss wrestling with the ever so popular claim that makes wrestling fans everywhere cringe: “It’s fake!” Choreographed with pre-determined outcomes, sure, but “fake” tends to dismiss the unbelievable bumps that can end in real-life injuries or occasionally, wrestler deaths.

What happens when you’re an injured wrestler and can’t perform? You risk “losing your spot” – industry jargon for your storyline being scrapped by the creative team. This can often be the decline, or end of a career. The end or decline of a wrestler’s livelihood. The solution?

Wrestle through injuries by numbing them with drugs and alcohol.

While this was obviously not the unfortunate formula responsible for all wrestler deaths, it’s still a pretty alarmingly consistent formula – especially for the various WWE deaths we saw in the 2000s.

It’s a deadly formula that continues to contribute to WWE deaths to this day. I’m referring to guys like Curt “Mr. Perfect” Hennig – dead at 44. The Big Boss Man – dead at 42. Ravishing Rick Rude – dead at 41. Substance abuse, often leading to heart issues, being a major factor in all three of those wrestler deaths alone. 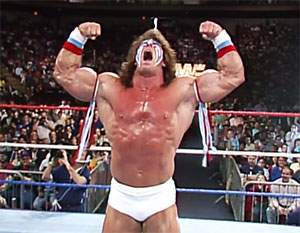 In the early 90s, WWE owner Vince McMahon was under scrutiny for various steroid-related charges. Pictured here, The Ultimate Warrior in 1989. Warrior died from a heart attack at age 54. photo: wwe.com

The fact is that professional wrestlers don’t have an easy job in the ring, or a forgiving lifestyle outside of it. The NFL, NBA, MLB, and NBA have the luxury of an off-season. Wrestlers work year round. Their livelihood depends on it.

Steroid scandals and their contribution to wrestler deaths

If we take a look back to the early 90s, WWE owner Vince McMahon stood trial for various steroid-related charges. He was eventually acquitted, although many of the surviving wrestlers from the 80s and 90s eras admit to taking steroids by their own willingness, including top billed talent like Hulk Hogan.

The negative health effects of steroid use and their contribution to WWE deaths is still being studied, but today, the company seems to be cleaning up its act. As a publicly traded billion dollar conglomerate, they can’t risk the scandals of yesteryear.

More vigorous drug testing takes place thanks to a Wellness Program introduced in 2006 after the sudden death of Eddie Guerrero. 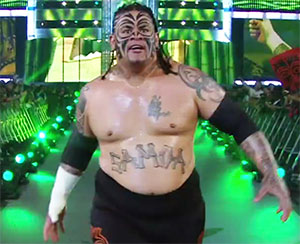 Umaga – dead at 36 from a drug overdose. His death was largely ignored by the company. photo: wwe.com

If the wellness policy was simply a PR move to cover their asses when the next wrestler dies is still up for debate. Many have pointed out loopholes in the program including part-timers like Brock Lensar not being required to partake in drug testing.

To the WWE’s credit, the freakish “larger than life” superstars we remember from the 80s and 90s no longer seems to be the norm. It no longer takes an Incredible Hulk physique for a guy to be passed the torch to main event status – guys like AJ Styles and Daniel Bryan are prime examples of this.

Whether it was steroids or other substance abuse, it’s sad to look back before the explosion of social media, when most wrestler deaths were not being reported in the mainstream media. Many WWE deaths were not even acknowledged by the company. Some of them still aren’t. Another wrestler dies and it would practically go unreported. 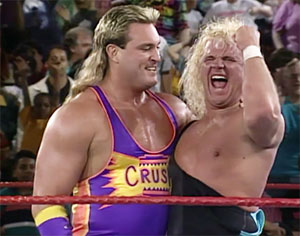 Pro wrestlers will likely never be as publicly respected as baseball and football players, yet they took even bigger physical risks (and often for a much smaller paycheck). This website is my small part to give back to those who entertained for a living and paid the ultimate price.

I couldn’t find any other sites that we’re strictly profiling deceased wrestlers (well I found one, but there was little, if any, information about their careers) so I decided to start my own. When a wrestler dies it will be added to the archive and I often feature full obituaries with highlights from their career, photos, and videos.

Have any suggestions or corrections? Feel free shoot me an email.