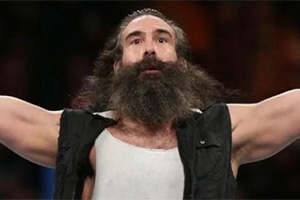 In a world where big wrestlers are no longer rare, Brodie Lee (real name Jonathon Huber) stood out as one of wrestling’s most intimidating and powerful competitors.

Despite his portrayal as a brutal and calculating villain, his real-life persona was anything but, with family, friends and colleagues speaking highly of him. After a long run in the independent circuit as Brodie Lee, Huber found success in the WWE as Luke Harper, a member of the sinister group the Wyatt Family and later, as Mr. Brodie Lee in All Elite Wrestling. 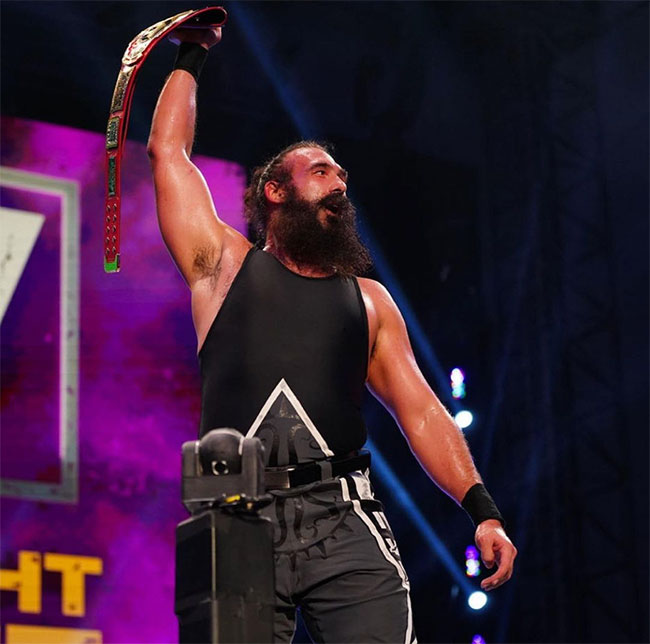 From Backyard Wrestling to Professional Wrestling

After working on the indie circuit for NWA New York and NWA Upstate, Huber found success in Chikara, where he competed as Brodie Lee, beginning in 2007. Lee feuded with Claudio Castagnoli (aka future WWE Superstar Cesaro) and worked against a number of future stars including Bryan Danielson, Eddie Kingston, and Sami Callihan.

A big man with remarkable agility and speed, Lee also competed in other promotions such as Squared Circle Wrestling and notably in Ring of Honor, where he joined the Age of the Fall. 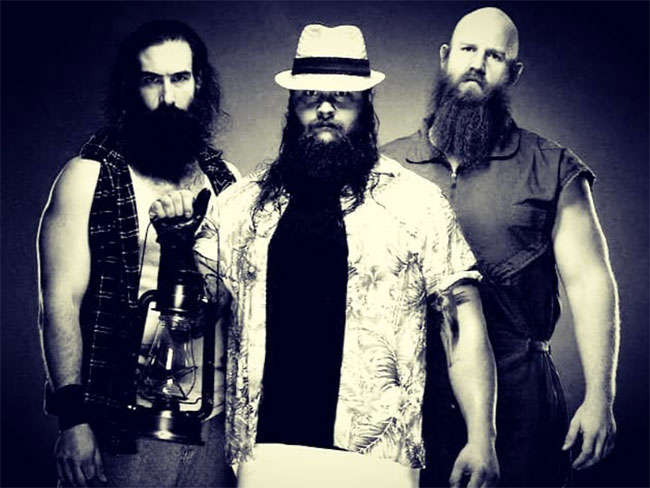 Jon Huber as “Luke Harper” (left) as part of the Wyatt Family stable with WWE.

In 2012, Huber signed with the WWE, working under the name Luke Harper. The WWE decided to make NXT into its developmental territory and there, Harper joined forces with Bray Wyatt as part of Wyatt’s cult-like faction, the Wyatt Family. Wrestler Erick Rowan later joined and the two became a successful faction in NXT, winning the NXT Tag Team Championship.

The Wyatt Family gained considerable buzz from wrestling fans and finally debuted on the main roster in 2013, taking out Kane. The Wyatt Family quickly became one of the WWE’s most popular acts (despite being heels). Although the group centered around Bray Wyatt, Luke Harper achieved singles success when he won the Intercontinental Championship.

Harper would go on to hold the SmackDown Tag Team Championship twice, the first time with Bray Wyatt and the second time with Erick Rowan as the Bludgeon Brothers.

After the Wyatt Family split, Luke Harper seemed lost in the WWE shuffle. Indeed, even the once-over Bray Wyatt floundered until the WWE repackaged him with his Fiend gimmick. After months of frustration over not being used, Harper requested his release and with less than a handful of months remaining in his contract, the WWE released him.

A New Promotion, A New Beginning

Although he was 41, Huber still had much to offer in the ring so fans wondered where he might show up next. On March 18, 2020, Huber debuted for All Elite Wrestling as Brodie Lee, revealing himself as “The Exalted One,” the mysterious mastermind guiding AEW’s heel faction “The Dark Order.”

Brodie Lee was pushed hard in AEW and quickly earned a title match against AEW World Heavyweight Champion Jon Moxley. The two clashed at AEW’s Double or Nothing pay-per-view, but despite a strong effort, Lee lost to Moxley.

Lee set his sights on Cody Rhodes next, taking out Cody’s brother Dustin before battling Cody for his TNT Championship. Lee dominated Rhodes, winning the belt on the September 9 episode of Dynamite.

Lee finally had his chance to show what he could do as a singles star and he showed considerable charisma as the leader of the Dark Order as well as cementing his reputation as a solid worker after years of being utilized in the WWE. On October 7, Lee defended the TNT title against Cody in a brutal Dog Collar Match, dropping the belt back to Rhodes. Following his match, Lee disappeared from AEW TV with speculation that he’d been injured shortly before or during the match. Tragically, things were much worse.

Brodie Lee Cause of Death

Although initial details were not well known, Huber’s wife Amanda noted on Instagram that Brodie had been battling a lung issue that was not COVID-related. He was being treated at the Mayo Clinic and reportedly was surrounded by loved ones during his final moments.

An incredible number of tributes quickly went online as Brodie’s friends and fellow wrestlers poured out their hearts, showing their love and respect for him. Lee was respected for his incredible skills in the ring, but more importantly, for being a family man and loyal friend.

WWE Superstars and personnel such as Bray Wyatt, Triple H, Randy Orton, and Vince McMahon, posted tributes to Brodie Lee on social media, as did many other wrestlers and industry figures such as AEW President Tony Khan, Chris Jericho, Christopher Daniel, and Renee Paquette.

I hope you all get to know someone like Jon. He was the biggest family man & someone who made me laugh daily. I’ll miss him every day for the rest of my life. I love you, Brodie, and I thank you so much for loving me.

The entire WWE family is deeply saddened by the passing of Jon Huber, known to the WWE Universe as Luke Harper. Our thoughts are with Jon’s family, friends, and fans. pic.twitter.com/aLMecqXQLe

I don’t have the words. #RIPBrodieLee May God send his beautiful family as much strength as possible.

Every kind word you read about him is true.

Every person that says they loved him is genuine.

Everyone of us hurts.

And everyone of us is better for having had Jon in our lives.#RIPBrodieLee

I’m devastated by the loss of Jon Huber, known to fans as Mr. Brodie Lee, formerly Luke Harper. Jon was a great man. His family came first, his loving wife Amanda & their sons Brodie + Nolan. He loved wrestling & was great at it, he loved you fans. Please keep him in your hearts.

It’s Saturday. You know what that means…
Backstage in Mexico in 2015. Brodie was annoyed that he didn’t have his own merch t-shirt, so one of the brothers got a bunch made in his honor. We all wore them in tribute to the dude, cause everybody loved him. Just a wonderful man! pic.twitter.com/6XXl8Kr6iW

Absolutely heartbroken. Sending so much love to Brodie and his family. ❤️

Brodie Lee is survived by his wife Amanda and their two children, Colin and Brodie. He was 41 years old.

2020 has also claimed many other well known wrestlers including Kamala, Road Warrior Animal, and Rocky Johnson to name a few. Sadly, Huber also joins a long list of professional wrestlers who died before age 50.

What are your favorite memories of Brodie Lee? Let us know in the comments below.