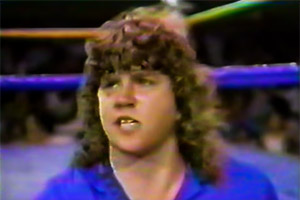 Chris Von Erich, the youngest of the wrestling Von Erich brothers, dead from a self inflicted gun shot wound at age 21. photo: espn.com

Chris Von Erich, part of the infamous Von Erich wrestling family, committed suicide on September 12th, 1991 from a self inflicted gunshot wound to the head.

Growing up smaller than his wrestling brothers, it’s often discussed that Chris was envious of his family’s wrestling roots. Chris Von Erich had a strong desire to be a professional wrestler, yet primarily found himself working behind the scenes.

His health issues also played a role in his limited in-ring work. Chris Von Erich with Percy Pringle. Percy would go on to become Paul Bearer with the WWE. photo: espn.com

Still, by the late 80 Chris managed to see some time in the ring, notably feuding with Percy Pringle (Paul Bearer) in the USWA promotion.

Both an underdog, and a Von Erich, Chris was able to successfully get the crowds behind him despite his limitations. Teaming up with white-hot Chris Adams certainly didn’t hurt his cause.

Sadly though, it wasn’t enough. Chris Von Erich was never content. He grew especially depressed after the death of his brothers, David and Mike Von Erich, both of whom had passed away in the years prior – Mike by suicide.

Like his brother Mike before him, Chris Von Erich turned to suicide on September 12, 1991. He shot himself in the head.

In what’s noted as the “Von Erich Curse” in wrestling circles, Kerry Von Erich would also go on to commit suicide in 1993. Chris Von Erich’s grave is located at Grove Hill Memorial Park in Dallas, TX. His plot is located at the Hilltop Section, Lot 535.

Have a comment about Chris Von Erich? Sound off in the comments section below. 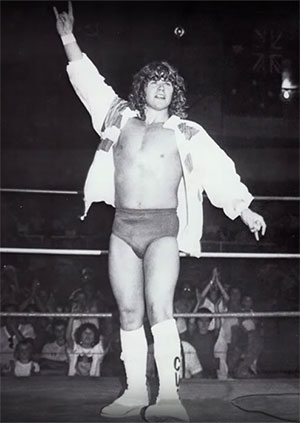