On May 20, 2011, fans around the world mourned the loss of the charismatic “Macho Man”. Known to friends and family as simply Randy Poffo, Randy was recognized worldwide by his famous wrestling alias “Macho Man” Randy Savage. His long time valet in the ring, Miss Elizabeth passed away in 2007.

Randy Savage’s death seemed surreal. The legendary wrestler was unstoppable in his career. A career which spanned 30 years with over 20 title runs.

Savage passed away from heart failure. At the time, he was driving, his wife Lynn Payne beside him. They were traveling in his Jeep Wrangler in Seminole, FL, a community close to Tampa.

When Savage became unresponsive while behind the wheel that morning, his foot laid on the gas pedal, and the Jeep went out of control. The vehicle crossed a Florida State Route 694 raised highway median into eastbound lanes and crashed head-on into a tree. The incident occurred at about 9:25 am and happened near 113th Street North, which is in Pinellas County.

What astounded Savage’s fans, as well as his family, and friends was how young Savage was at the time he passed away. He was only 58 years old. Then again, many wrestlers never make it to 50. 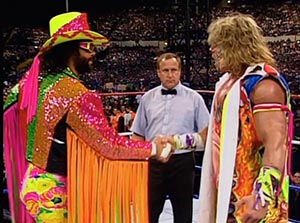 Randy Savage Cause of Death

Rumors first swirled that the cause of Randy Savage’s death was a car accident. Initial reports of his demise attributed it to the Jeep’s collision with the tree. While there was indeed a car crash, the actual cause of death was ruled to be a result of heart disease – essentially, Savage’s heart quit.

Further evidence that the cause of death was not the car accident itself was that the impact of the Jeep Wrangler colliding with the tree did not have enough force to activate the Jeep’s airbags.

Savage was rushed to Largo Medical Center, where he was ultimately pronounced dead. Physical injuries to his wife Lynn were considered minor.

Savage’s autopsy revealed traces of alcohol and Vicodin, a prescription painkiller. But his blood alcohol limit was below the legal limit and the medication was deemed to be at a non-abusive level. 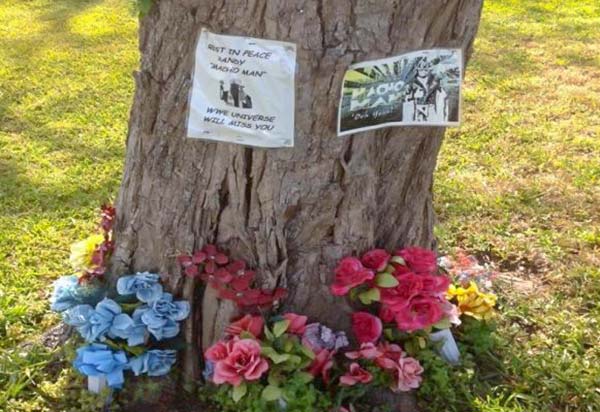 The autopsy concluded that Randy’s heart was the culprit. His heart stopped beating; atherosclerotic heart disease being the official cause of death.

The Pinellas-Pasco County medical examiner’s office determined that Macho Man had an enlarged heart and coronary artery disease that was in advanced stages. His arteries were 90 percent narrowed.

The famous wrestler had never been treated for heart disease, which led many people in the public to conclude that he did not know about his heart condition. It was likely undiagnosed. On that fateful morning, however, Savage had said to his wife that he was not feeling well.

The Megapowers Explode: In one of the most shocking heel turns in WWF history, Savage attacks Hogan on NBC’s prime-time special “The Main Event” (February 2, 1989)

Did Randy Savage Predict His Own Death?

Keith Elliot Greenberg, a wrestling writer who chronicled Macho Man’s final days, notes that Savage requested his ashes to be scattered in the same location as his dog, Hercules. The dog was given to Savage from the late Hercules Hernandez, a wrestler who passed in 2004. What comes as the biggest surprise is that Savage made this request just ten days prior to his death.

According to Greenberg, the Poffo family was gathering at Randy’s property in Largo, FL for Mothers Day. In the days prior, Randy called his mother and made an odd request. He asked his mother to bring Hercules’ urned remains. She agreed, and when the family met on Mothers Day, Randy instructed his brother, Lanny Poffo, to pour out the remains near a tree on his property.

Hesitating, Lanny questioned Randy on why he should do it, noting “it’s not my dog.”

Per his request, Randy was cremated; his ashes poured in the same location as Hercules’.

While he had always had tense relations with Vince McMahon, the wrestler was paid tribute by McMahon following his death. McMahon said in a Time magazine article that Savage was one of the all-time greats in the wrestling world.

“Today, Randy is remembered as one of wrestling’s all-time greats. No question about it–he certainly was.” -Vince McMahon

In 2014, the WWE unveiled a DVD documentary, Macho Man: The Randy Savage Story.

During his lifetime, Randy “Macho Man” Savage was never inducted into the WWE Hall of Fame. Fans often remarked that Savage was “snubbed” – stemming from his personal issues with Vince McMahon.

On January 12, 2015, Savage’s family and fans around the world learned via a WWE announcement that the wrestler would be posthumously inducted into the WWE Hall of Fame. Savage was the first inductee announced into the 2015 Hall. The official induction took place on March 28, 2015.

From his humble debut in 1973 as “The Spider” to his retirement in 2005, Macho Man was a major draw in the wrestling world. He had the star power to rival Hulk Hogan. Fans will remember him for not only his in-ring skills, but mostly for his charisma. Even non-wrestling fans recognize the Macho Man’s brightly colored costumes, over-sized glasses, and trademark raspy voice – notably in his infamous Slim Jim commercials.

Endorsement deals stretching beyond the ring: In one of the most recognizable wrestler/product collaborations of the 90s, the Macho Man tells us to snap into a Slim Jim

What’s your favorite Macho Man memory? Sound off in the comments section below.