Professional model Nancy Benoit had all eyes on her when she would appear at ECW and WCW events. During her time in the world of professional wrestling, she was most well known for her role as “Woman” in the WCW. She managed a number of notable wrestlers; however, since the shocking details of the Nancy Benoit death story were released to the public, she has become most well known for the tragic way in which she died. 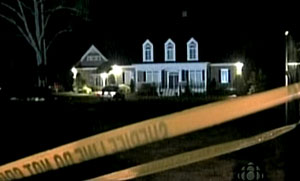 The suburban Georgia home of Nancy and Chris Benoit – crime scene tape at the front gates.

On June 25, 2007, John Laurinaitis, the then Senior Vice President of Talent Relations for the WWE contacted the Fayette County Sheriff’s Department in Fayetteville, Georgia.

Laurinaitis was concerned because no one had heard from Nancy Benoit or her husband, fellow professional wrestler Chris Benoit. Law enforcement officers visited the Benoit family home.

Nancy’s decomposing body was found in a bedroom on the second floor of the house. She was tied up and wrapped with a towel. A Bible laid beside her. Nancy’s 7-year-old son was also found dead in the home, as was Chris.

What Is Known About the Nancy Benoit Death Story 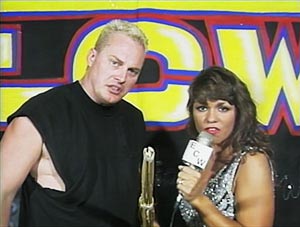 Since the Nancy Benoit death news broke, friends and family members have revealed that the Benoit’s were suffering from marriage problems prior to Nancy’s death. Based on an extensive investigation, police determined that Nancy was killed three days before her body was found. Her date of death was June 22, 2007. She was 43 years old at the time. Investigators concluded that Chris had strangled her with an extension cord. At one point she suffered a blow to the head. The following day, her son was murdered by his father while he slept. Shortly after, Chris hung himself.

An extensive autopsy was done after the discovery of the bodies in the Benoits’ home. It was determined that Chris had sedated his son with prescription sleeping pills prior to killing him. Levels of pain killers and sedatives were found in Nancy’s body as well. Although she was badly decomposed, the medical examiners concluded that she was not drugged at the time of her death. Rather, the drugs were being taken for legitimate medical purposes. 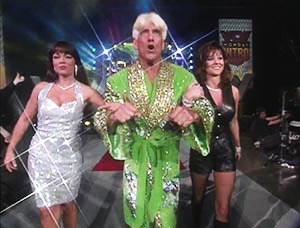 Nancy (left) escorts Ric Flair to the ring along with Elizabeth. photo: wwe.com

The investigation into the Benoit murder-suicide brought scrutiny to the WWE. It was revealed that Chris had been abusing anabolic steroids. Investigators believed that the drugs may have distorted Chris’ way of thinking, leading him to commit the violent acts. A term often thrown around is “roid rage.”

The negative publicity for the WWE resulted in a Congressional investigation of professional wrestling to determine whether or not wrestling organizations were ignoring or even sanctioning prescription drug abuse.

Controversy also arose when the magazine “Hustler” published nude photographs of Nancy Benoit a few months after her death. The photos were taken 23 years prior. Many people thought the act was distasteful and accused the publication of trying to capitalize on the Benoit family’s tragedy.

Nancy Benoit was cremated. It’s not public knowledge who her ashes were given to.