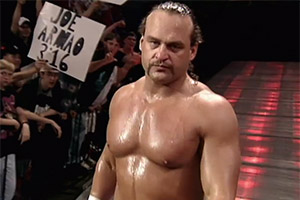 Doug Furnas, best known for his tag team work with Phil Lafon, died on March 2, 2012 from hypertensive heart disease. Furnas was 52 years old at the time of his death.

Doug Furnas spent a considerable amount of his career working in Japan, and also competed briefly in Mexico, as well as runs with the WWE, WCW, and ECW.

Please check back soon as we’ll be expanding on the career and death of Doug Furnas.