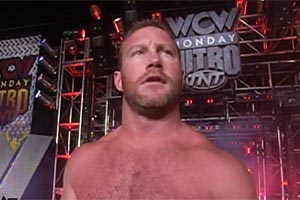 A member of one of wrestling’s underrated dynasties, Brad Armstrong competed alongside his father “Bullet” Bob Armstrong, breaking into the business at age 18.

A talented wrestler, Brad Armstrong worked a number of gimmicks, but never found the same success as his father, or brother. Nonetheless, Brad Armstrong was highly respected in the industry, both in and out of the ring. 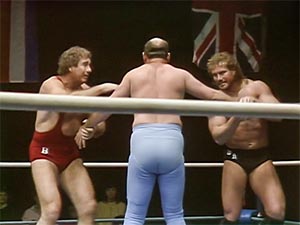 Breaking in at a Young Age

The son of WWE Hall of Famer “Bullet” Bob Armstrong, Brad broke into the business at the age of 18, working in the NWA’s Southeastern Championship Wrestling territory.

The rising young star worked the territories as well as in Japan, competing in All Japan Pro Wrestling’s World Junior Heavyweight Championship tournament.

Brad Armstrong was no curtain-jerker as he never reached the level of success as his dad, or brother Brian (aka The Road Dogg Jesse James). Certainly, the number of bad gimmicks WCW saddled him with in the early 1990’s didn’t help. Working as “The Candyman,” “Fantasia/Badstreet,” and the lawsuit-magnet Arachnaman did nothing for Brad’s career (although he did have the good fortune of wrestling under a mask for the latter two). Still, Armstrong was highly regarded by his peers, including announcer Jim Ross who stated in his blog:

“One of the greatest things someone in our business can say of any wrestler is that said wrestler could have a good match with anyone, no matter who. Brad Armstrong certainly fits on a rather short list of wrestlers that could literally have a good match with anyone. I’ve called 100’s of Brad Armstrong bouts, in singles and in tags, in main events and in prelims, and I never saw him have what would be perceived as a “bad match.” Not one time.” “Brad Armstrong could work with anybody. That guy was as smooth as silk…He was like Ricky Steamboat, in a way—another guy you went out there with and never had to say a word to. He knew the finish and how to get there. I knew how good he could be. I’d call all the spots in the ring and we’d just wrestle”

After his in-ring career slowed down, Brad went to work in the WWE’s version of ECW as a trainer, producer, and guest commentator on a few occasions.

He appeared at his father’s induction into the 2011 WWE Hall of Fame class.

On November 1, 2012, Brad was found dead in his Kennesaw, Georgia home. He was 50 years old at the time of his passing.

Armstrong had seen his physician the previous week for an undisclosed treatment, but his cause of death was never publicly disclosed. He is survived by his wife Lori and daughter Jillian.

Brad Armstrong is buried at the Kennesaw Memorial Park in Marietta, Georgia. What are your memories of Brad Armstrong? Be sure to share them in our comments section below.