Chase Tatum – Dead at 34 from a drug overdose. photo: wwe.com

Chase Tatum had a short career in WCW. Along his brief run he was  injured, resulting in a battle with painkillers.

After leaving wrestling, Tatum worked in the entertainment industry, appearing in music videos and films; and working for the band Outkast.

Like many of his contemporaries, Tatum succumbed to personal demons, dying at the young age of 34.

Big Man and a Bodybuilder

Born in Kennesaw, Georgia on November 3, 1973, William Chase Tatum found success as a bodybuilder, winning the Mr. Georgia bodybuilding competition when he was 19.

Tatum worked as a personal trainer, a job he would keep throughout his life. At 6’3” and 265 pounds, he had the look WCW was looking for, and a WCW personality reportedly encouraged Tatum to try out.

After a brief period training, Chase debuted in 1999, working for WCW as enhancement talent.

However, Tatum found a modicum of success when he joined Master P and the No Limit Soldiers stable during the rap group’s run in WCW, feuding with the West Texas Outlaws.

Chase Tatum worked less than two years in wrestling, but sustained enough injuries to require back surgery. Without health insurance, he reportedly relied on painkillers to get through the day. 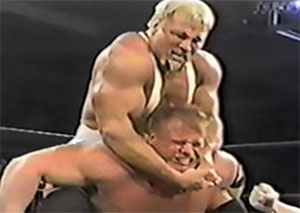 Tatum worked in the hip-hop industry, acting as personal assistant and road manager for the band Outkast. He also appeared in music videos.

Tatum appeared in the films Unshackled and Who’s Your Caddy? enjoying a substantial role in the latter film with Outkast member Big Boi.

According to Tatum’s father, “He loved working with them, [Outkast]… He got to see Paris, Germany and Japan.”

Chase Tatum struggled to get through the pain caused by his wrestling-related injuries. Shortly before his death, Tatum was finally able to get back surgery to repair a degenerative disc. According to his father Roy Tatum, “”He was in the process of getting his life back together…He was confident he was going to turn things around, to live a normal life again without those painkillers.”

However, Tatum’s path took a different course and he did not get the help he needed in time.

Tatum died from an accidental drug overdose. He was 34. Several other notable wrestles have died before age 50, which we’ve profiled on this page.

Other wrestlers to pass in 2008 include Mike Bell, S.D. Jones, Gary Hart, and Killer Kowalwski. 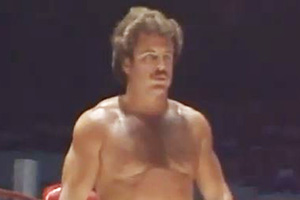