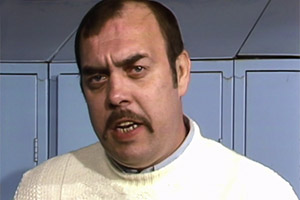 Gary Williams, best known to wrestling fans as Gary Hart, was a notable heel wrestling manager throughout the 80s.

Gary Hart died on March 16, 2008 from heart disease. He was 66 years old. Hart was cremated, his ashes scattered in a pond at Chisholm Park in Hurst, Texas.