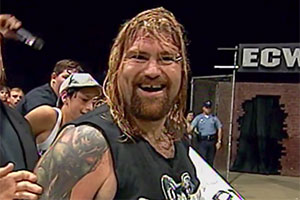 Jonathan Rechner, known to ECW fans as Balls Mahoney, died on April 12th, 2016. Rechner died from a heart attack. He was 44 years old.

Just two months prior to his death, Balls Mahoney’s former ECW tag partner, Axl Rotten passed away after suffering from a heroin overdose.

On October 21st, 2016, the Boston Globe reported that CTE was discovered in Rechner’s brain. This shouldn’t come as much of a surprise, given the hardcore nature of Balls Mahoney’ wrestling style.

Earlier this year, we wrote a piece about CTE and the ongoing concussion lawsuit against the WWE.

The WWE, along with Mahoney’s former colleagues, have taken to Twitter to pay respects:

WWE is saddened to learn of the passing of ECW Superstar Balls Mahoney. pic.twitter.com/Ox8dnQih6R

I am beyond sad to announce my friend ECW Original Balls Mahoney has passed away. I just spoke w/his wife. pic.twitter.com/OAs3vOmGEH

I am truly saddened to hear of Balls Mahoney’s passing . Please say hi to Chris for me John . My thoughts and condolences to his family . 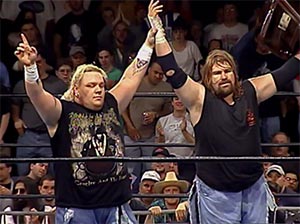