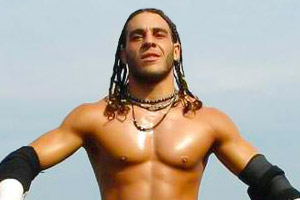 Indie wrestler Trent Acid – dead at 29 from a drug overdose

As Trent Acid, Michael Verdi astounded wrestling fans with his dynamic moves in one-on-one competition and as a member of one of the independent scene’s favorite tag teams, The Backseat Boyz.

Behind the scenes, Verdi battled a drug addiction which ultimately took his life at the young age of 29.

Verdi began wrestling at the age of 14, working his first match in Philadelphia’s Tri-County Wrestling on May 19, 1995. Although Verdi had all but the most basic training in wrestling, he appeared to have caught on fast. By 1997, he was working in Jersey All Pro Wrestling. There, he befriended John Kasner aka Johnny Kashmere. Eventually, the two formed a popular team on the indie scene known as The Backseat Boyz, a play on words of the boy band “The Backstreet Boys.”

Whether he wrestled in singles or tag team matches, Acid won many regional championships during his time in the industry. His natural charisma and arsenal of technical and high flying moves made him stand out on the indies.

Acid was an incredibly gifted performer who many saw as having potential to make it to the WWE.

However, after repeated struggles, Acid decided to let people know of the drug abuse that threatened not only a budding career, but his very life. Trent Acid’s life inside and outside the ring was documented in the 2011 film, “Card Subject to Change”

He appeared in the 2011 documentary, Card Subject to Change, discussing his passion for the business and absolving it of any responsibility for his own shortcomings. Those shortcomings would soon bring severe consequences.

While Card Subject to Change was being produced, director Tim Disbrow lost touch with Acid, unaware he had gone missing due to a heroin overdose. When Disbrow reconnected with Acid, he knew Acid was struggling and in bad shape.

A 2008 arrest for assault and other charges saw Acid imprisoned for eight months.

Acid’s drug woes continued to mount and he hid it from promoters, fearful it would jeopardize his employability. Over time, it did in fact affect his employability with Acid being deemed unfit to perform at a show in New York, leading to the Backseat Boyz splitting up. 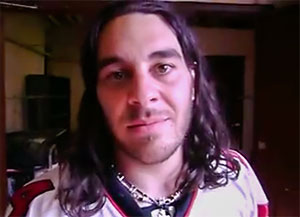 Acid was arrested for drug possession in 2009 after he was caught with Percocets without a prescription.

In 2010, he was arrested for violating his probation by attempting to travel to Japan. Acid took a plea and entered drug rehab, after which he faced imprisonment for up to two years.

On June 18, 2010, Trent Acid’s body was discovered by his mother. The Philadelphia medical examiner’s office ruled his death an accidental drug overdose. The toxicology report was sealed and only family members had access to it. Though the location of his burial was not made public, a photo of Trent Acid’s grave surfaced online. photo: VinnyTheGuido / Wikimedia Commons

Following Trent Acid’s death, his colleagues paid tribute to him with a memorial show, feeling it was the way the young star would have wanted to be sent off. Trent Acid gives an interview in an undated photo.

The card was dubbed Acid-Fest and held in Philadelphia, with proceeds being used to help pay for Acid’s funeral costs.

Acid was later inducted into the Hardcore Hall of Fame at the 2300 Arena (aka the ECW arena, long-time home of ECW Wrestling).

While Acid never found mainstream success, his accomplishments on the indie scene left a lasting impression on both those he worked with and those he worked in front of.

Have any memories of Trent Acid? Share them in the comments section below.