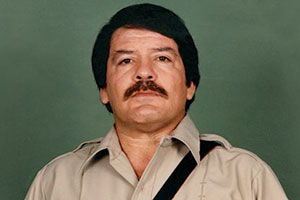 Fans who grew up on 80s wrestling likely remember Paul Jones for his role as a heel manager.

With Jim Crockett Promotions, Jones led Paul Jones’ Army. The stable featured a who’s who of clientele including Rick Rude, Ivan Koloff, The Masked Superstar (Ax from Demolition), Superstar Billy Graham, The Powers of Pain, and many more.

But prior to the explosion of professional wrestling in the 80s, Jones saw huge success inside the ring, both in singles and tag team competition, working as “Number One” Paul Jones. Before the feud: Paul Jones and Ricky Steamboat were NWA Tag Champs on four separate occasions

A Star in the Territories

Paul Jones began his wrestling career in ’61 under the tutelage of Paul Boesch. By the late 60s, Jones found himself working in the south and Mid-Atlantic regions, wrestling for Jim Crockett Promotions.

In tag team competition, Jones was paired with an impressive list of 70s talent including Nelson Paul, Wahoo McDaniel, Ricky Steamboat, Baron Von Raschke, and The Masked Superstar (who would go on to work as “Ax” from Demolition for the WWF). Jones later partook in a heated feuded with Steamboat – attacking him at the end of a two-ring battle royal in front of a stunned crowd.

Jones continued his heel momentum into the 80s, beginning a legendary program with “The Boogie Woogie Man” Jimmy Valiant.

By 1989, Paul Jones was more or less retired, save for sporadic appearances on the indie scene.

According to Figure Four Online, Jones opened an auto body shop after retiring from the ring.

Jones is regarded as one of the top heels of the territory days – a true master of drawing heat who could cut a scathing promo.

No cause of death has been made public.