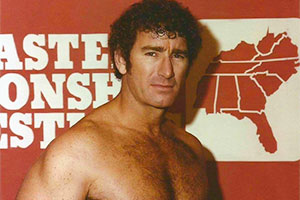 WWE Hall of Famer, “Bullet” Bob Armstrong has died after a bout with bone cancer. He was 80.

Fans talk about wrestlers being legitimate tough guys but Bob Armstrong was double-tough before he entered the squared circle, serving as a Marine and firefighter before becoming one of the top babyfaces of the territory era.

James Melton James was born on October 3, 1939 and enjoyed watching professional wrestling with his father. The man who would become known as Bob Armstrong served in the Marines and was stationed in Korea.

Following his service in the Marines, Armstrong became a firefighter, but he’d been bit by the wrestling bug and entered the grappling game in 1963. By 1970, Armstrong was wrestling full-time. Bob Armstrong squares off with the Mongolian Stomper

Typically working as a babyface, Bob Armstrong boasted a powerful physique and had the right mix of toughness and humility that made for the perfect babyface during the territory era.

It was in the 1970s that Armstrong’s star began to rise as he wrestled in Georgia and later, Championship Wrestling from Florida.

Armstrong won a number of singles and tag team titles in the territories and earned a title shot against NWA World Heavyweight Champion Jack Brisco, coming up short but looking like a champion nonetheless.

Armstrong’s mix of brawling and martial arts moves gave him an eclectic style and fans cheered when he talked of “jacking opponents’ jaws.”

Bob Armstrong continued working in the territories into the 1980s, feuding with some of the biggest stars in wrestling including “Rowdy” Roddy Piper, Ted DiBiase, and Ric Flair.

Armstrong kept himself in ring shape thanks to a rigorous weight-lifting regimen, but his pumping iron nearly ended his life when his weight-lifting bench broke, dropping 180 pounds down on his face. Armstrong required extensive plastic surgery, but like any true professional wrestler, he incorporated the injury into a storyline, donning a mask and claiming an opponent had injured him. Armstrong’s masked identity of “The Bullet” became an important aspect of his career.

Bob Armstrong stopped competing on a full-time basis in 1988, but his career was far from over. He served as a commissioner in Jim Cornette’s Smokey Mountain Wrestling and continued wrestling part-time as well as managing on occasion. Armstrong began a wrestling dynasty, with his four sons all entering the squared circle. Brian James rose to success in the WWF as “The Road Dogg” Jesse James, Brad Armstrong teamed with his father and worked in singles competition, and brothers Steve and Scott had varying degrees of success.

Armstrong’s sons inducted him into the WWE Hall of Fame in 2011, a well-earned tribute for an outstanding career.

Armstrong’s toughness was legendary, and this story should give you an idea just how much. According to Dave Meltzer:

“When he [Armstrong] was in his 60s, due to a combination of damage from decades of bumps and heavy lifting, he lost control of the pinky in one of his hands. It was making it difficult for him to grip dumbbells and lift enough weight to make him happy. No problem, he just had them cut off his finger so he’d be able to get a better grip.” Bob Armstrong was diagnosed with prostate cancer and according to The Wrestling Observer Newsletter, he refused treatment as he knew the cancer was terminal.

On August 27, 2020, Bob Armstrong died at the age of 80. His wife Vida had passed away earlier in the year and Armstrong is survived by his sons Brian, Scott, and Steve.

What are your favorite memories of “Bullet” Bob Armstrong? Let us know in the comments below.