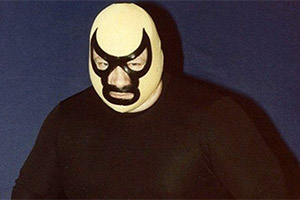 Jody Hamilton aka “The Assassin”, dead at 82.

Jody Hamilton had many career options in sports but he chose to become a professional wrestler, eventually transforming into the masked menace known as The Assassin #1.

Hamilton began training wrestlers after he suffered a career-ending injury, excelling as a trainer as well.

Following in His Big Brother’s Boots

Born Joseph Hamilton on August 28, 1938 in St. Joseph, Missouri, the future masked Assassin watched as his brother Larry broke into the wrestling business.

Larry achieved fame as “The Missouri Mauler” while Joseph would eventually become known as one half of The Assassins.

The two brothers formed a successful tag team, including a run in Vince McMahon Sr.’s Capitol Wrestling promotion. There, they co-headlined Madison Square Garden against the wildly popular team of Antonio Rocca and Miguel Perez, with Jody becoming the youngest man to co-main event the Garden.

In 1961, Hamilton found the perfect tag team partner in Tom Renesto, a wrestler who had worked with Jody’s older brother. In an interview with Slam! Wrestling, Jody recalled:

The Assassins became one of the top draws in tag team wrestling, working throughout a variety of territories, not only in the National Wrestling Alliance, but Australia’s World Championship Wrestling (not to be confused with Ted Turner’s promotion of the same name).

The team had a long-standing feud with the team known as the Kentuckians (aka “Tiny” Smith and Luke Brown), but also feuded with brother duos like the Torres Brothers, Terry Funk and Dory Funk Jr., as well as the team of Ray Gunkel and Buddy Fuller.

Following Tom Renesto’s retirement, Jody Hamilton teamed with Roger Smith followed by Randy Colley as The Assassins. Hamilton finally wrestled in JCP as an Assassin, this time teaming with Hercules Hernandez as the Assassins, where manager Paul Jones led them against his arch-rival Jimmy “Boogie Woogie Man” Valiant.

After his campaign in JCP, Hamilton headed to Alabama, donning a mask and working as The Flame in Southeastern Championship Wrestling.

In 1988, Hamilton suffered a career-ending injury when he broke his back.

Although Hamilton would become well-known in WCW for his work as its Power Plant training center’s director, he had already begun training wrestlers as early as 1985.

In addition, Hamilton worked as a manager in 1993 in WCW.

Wrestling continued in the family as Hamilton’s son Joseph broke into the business. Although an injury ended his grappling career, he switched to officiating, becoming well-known WCW referee Nick Patrick.

Following WCW’s purchase by the WWE, Jody Hamilton relaunched his Deep South territory, this time using it as a training ground for the WWE. However, a dispute with the WWE ended their business relationship and Hamilton sued the WWE, claiming it had unjustly ended their business agreement. The matter was settled out of court.

“It is with heavy heart that I make this post. At 2:16 today my father took his last breath on this earth. He passed comfortably, surrounded by the people that love him. Now our attention has to shift over to taking care of my mom. I want to thank everyone that sent out prayers and support for my family. I will put more information about pop out, but right now I’m kinda numb.”

According to PW Insider, Hamilton had moved to a hospice facility on the day of his passing.

Jody Hamilton was 82 and is survived by his son and wife.

Other wrestlers to pass in 2021 include Paul Orndorff, Bobby Eaton, The Patriot, New Jack, and Butch Reed.