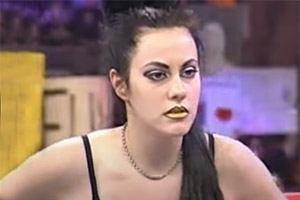 Shannon Spruill, better known to wrestling fans as Daffney has died from an apparent suicide.

According to TMZ, during the live stream Daffney also brought up CTE and could be heard saying “Remember, my brain goes to Boston.” Boston University is home to advanced CTE research.

Friends and fans, including Mick Foley took to social media, pleading for anyone who knew of Daffney’s whereabouts to immediately contact police.

If anyone has a way of reaching Daffney Unger, or knows her address, please help out. She’s in a bad personal place and is threatening to harm herself.

Sadly, by the time law enforcement reached Spruill, it was too late.

Spruill was living in Atlanta at the time, and had recently moved, making it difficult to track her whereabouts.


An Early Itch for the Entertainment Industry 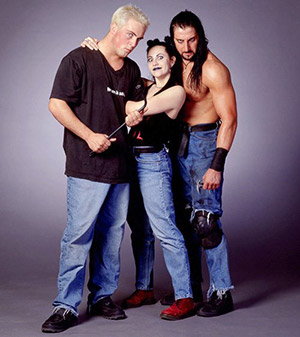 Shannon Spriull was born on July 17, 1975 at a U.S. Air Force base in West Germany during the Cold War. Wrestling lore has it that Spriull had an uncredited role in the 1985 film Santa Claus: The Movie, a harbinger of her future in entertainment.

After earning her bachelor’s degree in film and video production, Spriull competed in a new talent contest for WCW, getting the job and transforming into the “crazy chick” character known as Daffney.

Daffney’s character was a wild, yet refreshing change from the majority of female characters and wrestlers at the time. She stood out from her colleagues, with Mick Foley describing her as “ahead of her time.”

She competed in WCW from 1999 until 2001 when the promotion was sold to the WWF.

After WCW folded, Daffney worked the indie circuit, eventually going to work in TNA Wrestling as “The Governor,” a Sarah Palin parody. She eventually returned to her Daffney character, joining up with Dr. Stevie (Richards) and Raven.

Daffney was outspoken about injuries she suffered while working in TNA.

According to PW Torch, Daffney “suffered various head and neck injuries in April 2010 when she was hospitalized after being sat on by independent wrestler Miss Betsy during a try-out match.”

In March of 2013, she settled with TNA after filing a suit claiming unsafe work conditions.

Following her victory, Daffney would thank her fans via Twitter, pointing out the often-overlooked working conditions for wrestlers:

“I’d like to take this opportunity to sincerely thank all the love and support over the past two years. I appreciate so much that you recognize the HUGE injustice that is being done to Professional Wrestlers throughout the industry. I hope my case has opened up a few blind eyes and maybe now we, the wrestlers who put our bodies on the line every time we step in the ring, are one step closer to being provided with medical coverage and all the benefits that go along with being a true employee and not an independent contractor.” 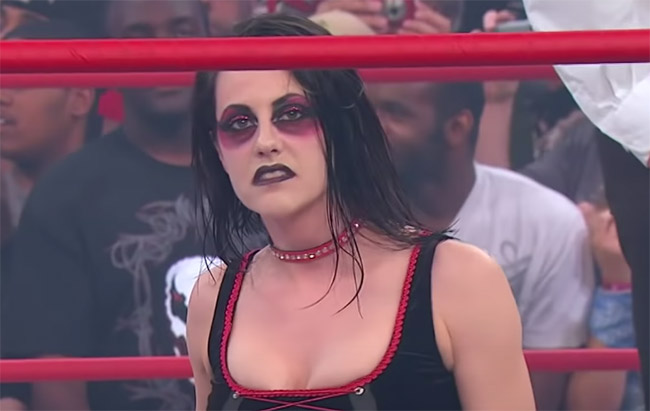 Tragically, Daffney would deal with the consequences of her various wrestling-related injuries for the rest of her life.

On September 2nd, 2021, Shannon Spruill was found dead after an apparent suicide.

I’m so very sorry to learn of Daffney’s passing. A terrible loss for her family, friends and wrestling. She was far ahead if her time in our business. #RIPDaffney

Sadly, we’ve also lost two other female wrestlers to suicide in just the last two years alone. This includes the suicide of Hana Kimura, who was only 22 years old, and the suicide of Ashley Massaro, who was 39.

Other wrestlers to pass in 2021 include Paul Orndorff, Bobby Eaton, The Patriot, New Jack, and Butch Reed.

Our deepest condolences to the friends and family of Shannon Spruill aka Daffney. Mike Rickard contributed to this article.