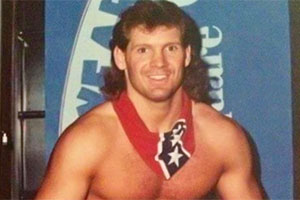 In an era when wrestlers’ popularity could stem from where they grew up, Tracy Smothers was the perfect babyface as a tough Southern wrestler who personified everything fans wanted to be—strong, tough, honorable, and who grew up in the same area as they did.

Smothers worked in a number of southern-based territories before hitting the national scene in WCW, the WWF, and ECW, finding singles and tag team success. His in-ring skills attracted promoters in Japan where he spent time in a number of promotions where in-ring skills were essential for success.

Sadly, Dave Meltzer’s Figure Four Online reports that Tracy Smothers has died after “significant health issues“. He was 58 years old at the time of his passing. 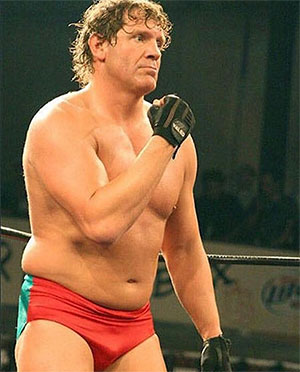 Tracy Stanton Smothers was born in Knoxville, Tennessee and it was in Tennessee where he started his in-ring career, wrestling in the legendary Memphis promotion run by Jerry “The King” Lawler and Jerry Jarrett.

With his good looks, athletic build, and mix of speed, technical skills, and brawling, Smothers fit in well wherever he wrestled, matching what every promoter wanted from their babyfaces—a good-looking man for female fans to cheer and a double-tough fighter for male fans to root for.

Tracy teamed with second-generation wrestler Steve Armstrong as the Wild-Eyed Southern Boys (later the Southern Boys) in a popular babyface team that captured tag team gold. The Southern Boys’ campaign in WCW led to a highly-regarded feud with the Midnight Express and a heel turn that led to a run with the United States Tag Team Championship.

By the early 90s, Smothers was a veteran wrestler who could always be counted on for good matches. 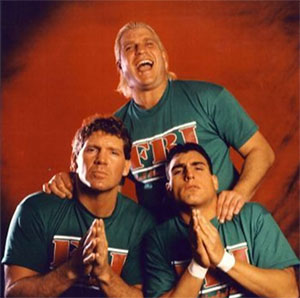 Tracy Smothers with FBI in the late 90s (ECW)

This led to campaigns in Jim Cornette’s Smoky Mountain Wrestling, the United States Wrestling Association, and a run in the WWF from 1995 to 1997 where he worked as enhancement talent under the name Freddie Joe Floyd (the name was a rib on future WWE Hall of Famers Jerry and Jack Brisco’s real names).

Later, Smothers worked in Extreme Championship Wrestling as a comedy character. Along the way, Smothers’ was invited to work in several Japanese promotions such as All-Japan Pro Wrestling, W*NG, and IWA Japan.

Like many veteran wrestlers, Smothers never had trouble finding work and continued working in promotions such as Juggalo Championship Wrestling and TNA-Wrestling as well as the indie circuit.

In December 2019, Smothers announced that he was diagnosed with lymphoma but it was non-terminal. However, his health worsened as he was beset with complications from the lymphoma and heart problems and on October 28, 2020, Tracy Smothers passed away. He was 58.

Cancer has claimed the lives of many pro wrestlers over the years, including Dusty Rhodes, and Harley Race.

Many wrestlers posted tributes to Tracy Smothers including his contemporaries such as Ricky Morton, Jim Ross, and Mick Foley as well as younger wrestlers he mentored including Sami Zayn, and Edge.

I just heard the sad news about Tracy Smothers passing. We lost a good one today – a great worker who made everyone he worked with better. Tracy was a good friend for 30 years – we worked together in CWF, WCW, ECW, WWE, IWA Japan, and countless indies. #RIPTracySmothers pic.twitter.com/kjap5FEFQw

My great friend Tracy Smothers has passed, it is with a heavy heart that I share the news. Lots of great times with Tracy, I had just spoke with him last week RIP my friend. Our thoughts and prayers go out to all of Tracy’s family and loved ones at this time. Ricky Morton pic.twitter.com/FMFYSTv1sw

Another member of the wrestling community gone. RIP Tracy Smothers. Never heard a bad word about him. I toured Ireland with him in 2007 & was struck by how, even after so many years in the game, he was just so down to HAVE FUN wrestling. We’re better for having had time with him.

Tracy Smothers took two young kids from Canada trying to “tour” the southern United States, with $1.50 a day to spend on food, saw a dilemma we put ourselves in to try and get experience, and took us under his wing. He knew we wanted it. Because of that, and his huge heart, 1/3

he drove us to make the next town so we could eat our next meal. He found floors, couches or other talent who had spare space in their hotel rooms for us to sleep. On those drives he dispensed his knowledge. Always with a laugh and a twinkle in his eye. And we soaked it up. 2/3

He was a great man. He truly knew what paying it forward meant. I will miss him. 3/3

Have any memories of Tracy Smothers? Let us know in the comments below. 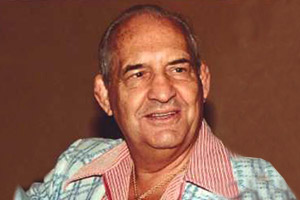