Wrestler and referee Brady Boone was a familiar face to anyone who watched wrestling in the 1980s and 90s.

Peters was the school’s gymnastic team captain and his gymnastic skills helped him get an edge as a wrestler in light of his average height. 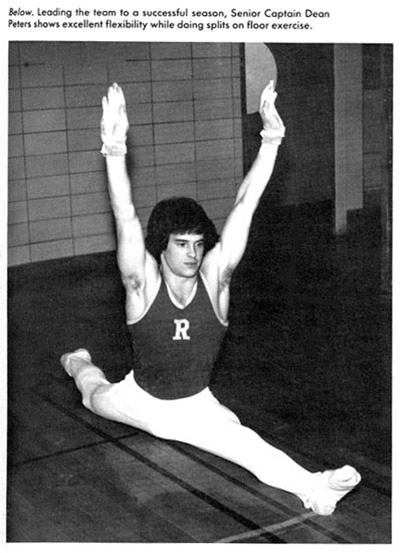 A talented and dexterous worker, Brady Boone went to work in the WWF as an enhancement talent and could always be counted on to make opponents look good. Known for his acrobatic wrestling style, the WWF had him adopt the persona of Battle Kat, complete with a cat mask to play off his remarkable agility.

Boone’s career saw him never stay in any one promotion long, whether a one-year stay in All Japan Wrestling or WCW. Indeed, wrestling lore has it that Boone was released from the WWE, and another wrestler continued playing Battle Kat.

Brady Boone transitioned to a referee in WCW and worked on the indie circuit as a wrestler. Although he never became a household name, he played a big part in the early career of Rob Van Dam.

On December 15, 1998, Boone died when he was involved in an auto accident coming home from a TV taping for WCW in Orlando, Florida. He was 40.

According to Find a Grave, Boone is buried in an unmarked grave at the Trinity Memorial Gardens in Trinity, Florida.

While WCW acknowledged Brady Boone’s death, interview man “Mean” Gene Okerlund allegedly trash-talked Boone. Wrestling legend has it that Okerlund said the only reason nobody had a bad thing to say about Boone was that nobody knew who he was. Incredibly, Okerlund allegedly made these remarks on a hotline that fans had to pay to listen to, i.e. 1-900 numbers.

Other pro wrestlers who died in 1998 include Bobo Brazil, Giant Haystacks, Junkyard Dog, and Louis Spicolli.

What are your favorite memories of Brady Boone? Let us know in the comments below.