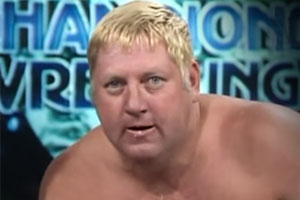 Dick Murdoch – Dead at 49 from a heart attack. photo: wwe.com

Texas native Dick Murdoch was a top star during the territory era along with the national expansion era. Successful in both timeframes, Murdoch combined a mix of brawling and charisma, as a larger than life character that earned him the nicknames “Captain Redneck” and “Dirty” Dick Murdoch.

Effective as a heel or a babyface, Murdoch was able to draw crowds wherever he worked. 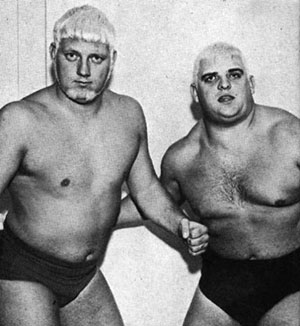 Dick Murdoch was born on August 16, 1946. The son of wrestler Frankie Hill Murdoch, he grew up watching his father battle some of wrestling’s biggest names at the time including Dory Funk Sr.

Murdoch grew up in Waxahachie, Texas, and like many wrestlers of his era, Murdoch was an exceptional high school athlete. Murdoch’s athletics skills found him courted by the University of Texas. However, Murdoch’s grades kept him from getting in so he played at West Texas State, a school where later wrestlers such as Bruiser Brody, Tito Santana,fad Tully Blanchard, Dory Funk Jr., and Terry Funk played at different times.

Texas is also where Murdoch met Virgil Runnels, Jr., a future wrestling star and a man he would become famous with.

From Marine to Wrestler

Dick Murdoch served in the Marines, returning home to become a professional wrestler. 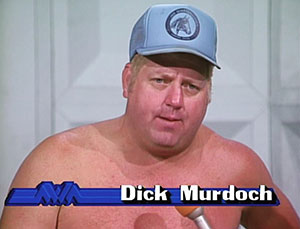 Murdoch learned his friend Virgil Runnels, Jr. was in wrestling, working under the name Dusty Rhodes. The two formed a formidable tag team known as The Texas Outlaws, working as “Dirty” Dusty Rhodes and “Dirty” Dick Murdoch. The two became good friends and after a nine-year partnership in the ring, went their separate ways in wrestling, but remained lifelong friends.

Murdoch used the brainbuster, a move reportedly taught to him by grappler “Killer” Karl Kox, and a move Murdoch perfected to become his most effective weapon in the ring. Murdoch’s brainbuster would become part of several historic angles, including the time he delivered a brainbuster to Ted DiBiase on the concrete floor after DiBiase earned what Murdoch felt should have been his title shot against NWA World Heavyweight champion Ric Flair.

Another instance occurred when Murdoch hit the brainbuster (again on the concrete) on Nikita Koloff, injuring Koloff’s neck.

Murdoch knew how to generate heel heat, but also how to portray a rough-around-the-edges hero when needed.

Dick Murdoch worked a number of territories and toured overseas, including campaigns in Australia and Japan.

“Captain Redneck” appeared in several films, including the 1974 version of The Wrestler, Paradise Alley, Grunt! The Wrestling Movie, and Manhattan Merengue.

“Captain Redneck” worked a number of territories, building up a trophy room’s worth of championship gold and other honors. Murdoch competed in singles action in the WWF, battling champion Bob Backlund for the WWF’s top prize. While unsuccessful against Backlund, Murdoch teamed with Adrian Adonis to form “The North-South Connection”.

Murdoch was a top star in the territories, and as promotions such as the WWF and Jim Crockett Promotions (JCP) expanded to a national level, Murdoch was still a highly-sought after star. He also remained in demand overseas, touring in Japanese promotions.

Ties to the Ku Klux Klan?

Dick Murdoch was believed to be either affiliated with the Ku Klux Klan or an actual member of the white supremacist organization.

Wrestling legend has it Murdoch once took Dusty Rhodes to a party, only for Rhodes to realize it was a meeting of the Ku Klux Klan.

In a 2014 interview, African-Canadian wrestler Rocky Johnson recalled, “”Because he [Murdoch] was KKK and didn’t like blacks, he kept kicking me hard and punching me,” Johnson said. “I said, ‘you hit me one more time, I’m hitting you back.’ He hit me, and I knocked him out.” Some have claimed Murdoch’s beliefs were not hatred towards other ethnicities, but a belief in separation of them i.e. supporting anti-miscegenation laws. While some may say it was a matter of being “a different time and place back then”, I think it’s safe to say the KKK rumors tainted Murdoch’s legacy.

Even as his wrestling career slowed down, Murdoch kept busy, keeping active in rodeo events and running his own bar, “Dirty” Dick’s Dive.

Murdoch participated in anti-drug campaigns for the Elks’ Lodge clubs in Texas. He would also make occasional wrestling appearances, including the 1995 Royal Rumble and a “Legends Match” at that year’s Slamboree.

Dick Murdoch had just worked a rodeo when he suffered a massive heart attack, dying at age 49 on June 15, 1996. He was survived by one child and his cousin, wrestler Tim Brooks.

Dick Murdoch is buried at the Memorial Park Cemetery in Amarillo, Texas. What are your memories of Dick Murdoch? Share them with us in the comments section below.