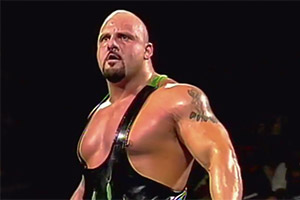 Anthony (Tony) Durante, best known to ECW fans as one half of the Pitbulls tag team, died on September 25, 2003.

Durante briefly wrestled for the WWF in 1989 as enhancement talent. He wrestled under his real name, Tony Durante.

Durante would go on to see the most successful period of his career while working for ECW throughout the mid 90s. He partnered with Gary Wolfe (“Pitbull #1”) to form the Pitbulls. Anthony Durante and his girlfriend overdose

Durante died alongside his 29 year old girlfriend – both from apparent heart attacks induced from a drug overdose. Needle marks were found on their bodies, and the prescription OxyContin was found in their Westerly, Rhode Island home.

The couple’s two infant children were in the home at the time of their deaths.

Bob Magee from PWBTS.com, offers a heartbreaking glimpse into what transpired with the children, offering: 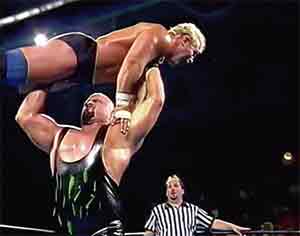 “The 21 month old boy, apparently trying to feed himself, had left a trail of food from room to room, with a spilled quart of milk, chicken nuggets and bits of bread he had pulled from the refrigerator. A yellow toy truck sat on the living room floor. The 8 month old was found in the crib.”

Thankfully neither child was harmed and custody was granted to their grandparents.

Perhaps a precursor to Durante’s troubles, in 1995, charges were filed against The Pitbulls for trafficking steroids and marijuana. Both Anthony Durante and Gary Wolf were eventually arrested on the charges, which lead to their firing from ECW in July of ’97. Anthony Durante’s grave is located at the Holy Sepulchre Cemetery in Hammonton, NJ.

Have a comment about Anthony Durante’s career? Sound off in the comments section below.