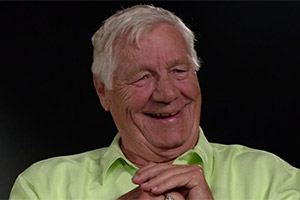 Many prominent figures in wrestling have contributed much to the sport either in the ring or out of it, but few did so much in both spheres as Pat Patterson.

The man who became famous as Pat Patterson was born Pierre Clermont on January 19, 1941. In his memoir, Accepted: How the First Gay Superstar Changed WWE, Pat recalls having four brothers and four sisters and living in a two bedroom apartment.

Patterson tried his hand at various endeavors including figure skating, the circus, and even had aspirations of becoming a priest someday after his years as an altar boy. Ultimately, he fell in love with professional wrestling and it would be in and out of the squared circle that he became an international star.

Pat Patterson debuted in Montreal in 1958, starting off as “Killer” Pat Patterson. From there, Patterson made his mark in the United States and became renowned for his work during the territorial era, finding fame in the Don Owens’ Pacific Northwest Wrestling and Roy Shire’s “Big Time Wrestling” in San Francisco.

Whether he competed in singles or tag team matches, Patterson was known for his crisp ring work and mastery of ring psychology. His ability to infuriate the fans and to work with any style of opponent made him one of the most in-demand wrestlers. The fact he stayed in several territories for years speaks volumes to his value as most promoters did not keep wrestlers around too long for fear of them wearing out their welcome.

Winding Down in the WWF

After years of success in the territories, Pat Patterson ended his in-ring career in the WWWF, working as a heel against opponents like Bob Backlund and then North-American Champion Ted DiBiase. Patterson defeated the future “Million Dollar Man” for the title, then unified it in a fictional tournament that created the Intercontinental Championship.

Patterson knew how to goad the fans into wanting to see him get his comeuppance, but he also knew how to play a sympathetic babyface. His subsequent babyface turn led to additional success and Patterson began providing color commentary for the WWF. It was during his time on color commentary that the WWF started a brutal feud between Patterson and the much-hated Sgt. Slaughter. This led to the duo’s bloody Alley Fight in Madison Square Garden, still considered one of wrestling’s most hardcore bouts.

Patterson retired from the ring in 1984, but like many retired wrestlers, he popped up occasionally. Patterson famously refereed the main event at the inaugural WrestleMania, but it was his work behind the scenes as a road agent and Vince McMahon’s trusted confidante where he found equal success to his in-ring career.

Patterson helped book some of wrestling’s biggest matches, not only creating the Royal Rumble, but helping to book the classic 20-minute match between Hulk Hogan and the Ultimate Warrior at WrestleMania VI. Anyone who doubts Patterson’s contributions to the match need only look at Hogan and Warrior’s 1998 Halloween Havoc debacle where the two wrestlers struggled without Patterson’s input:

A WWF fixture, Patterson was briefly released in the early 90s when he was accused of sexual harassment by announcer Murray Hodgson. However, the case was dropped and Patterson returned to work, quickly returning to Vince McMahon’s inner circle.

The Stooges to 24/7 Champion

While Patterson remained mostly behind the scenes, he began appearing on WWF TV during the late 90s “Attitude Era” as one of Mr. McMahon’s “Stooges.” Often paired with Gerald Brisco (and occasionally former storyline rival, Sgt. Slaughter), the Stooges provided comic relief and even stepped into the ring from time to time, entering to the song “Real American,” spoofing Hulk Hogan who was signed with WCW at the time.

Although Pat Patterson worked primarily behind the scenes, he made occasional appearances on WWE TV, even winning the promotion’s 24/7 Championship in 2019 and becoming the oldest person to win a championship in WWE history (Patterson was 78 at the time).

Although Pat Patterson was one of the first (if not the first) wrestler’s to acknowledge he was gay, it would not be until a 2014 episode of WWE Legends House that he came out in public.

Pat’s longtime partner was Louie Dondero. The two were together for 40 years until Louie’s death in 1998.

In the summer of 2006, Pat underwent surgery to remove a cyst from his coronary artery. He was discharged in October.

Patterson continued working behind the scenes until passing away on December 2, 2020 at age 79. Patterson had been battling cancer and ultimately passed away due to liver failure caused by a blood clot.

The wrestling industry paid its respects to Pat with a number of tributes on Twitter from wrestling stars and personalities such as Ric Flair, Shawn Michaels, Triple H, Jim Ross, Shane McMahon, and many others.

I can not express how crushed I feel right now with the loss of Pat Patterson. A true member of my family, mentor and dear friend.
I love you Pat.
God speed. pic.twitter.com/FdaAFnsw8m

Just heard of the passing this morning if the great, Pat Patterson.

A wonderful mentor who taught me so much.
RIP old friend. 🙏 pic.twitter.com/t61R9yCze1

No words can describe what he gave to us. His body as an in-ring performer, his mind as a storyteller, and his spirit as a beloved member of our large @WWE family. I will miss him for so many reasons… it’s never goodbye, it’s see ya down the road. Love you, Pat. Abooze

Few could speak the art of our industry into existence. Pat spoke to me, taught me so much, and helped me see what was really possible to achieve in my career. God bless you, Pat.
Rest In Peace. https://t.co/wfyiwbrkCA

A Great Wrestler, He And Ray Were Second To None, A Fabulous Mind, Caring And Thoughtful, Always Had A Smile On His Face. Just To List A Few Of Many! The Last Thing I Can Remember Him Saying To Me Is “She Is So Damn Good Ricky, Are You Sure She Is Your Daughter?” RIP Pat! 🙏🏻 pic.twitter.com/KHzabO7v7G

What are your favorite memories of Pat Patterson? Let us know in the comments below.