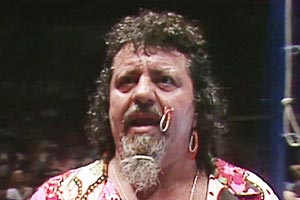 With a wardrobe of colorful Hawaiian shirts, facial piercings finished with rubber bands, and unruly hair with a beard to match – Captain Lou Albano was a man you couldn’t help but notice.

Known to friends and family as Louis Albano, during the 1970s and 80s, the larger-than-life personality brought drama and fun to the world of professional wrestling. Albano managed numerous top name competitors. Through collaborations with pop star Cyndi Lauper, he helped bring mainstream attention to wrestling during the 1980s.

Even though the Captain Lou Albano death story occurred years ago, he is still fondly remembered to this day by wrestling fans.

In 1986, Captain Lou Albano left the World Wrestling Federation to pursue other interests, but he still occasionally made appearances at ringside. Sadly, his ability to continue his career in entertainment was greatly limited during the 1990s.

While information has not been shared as to exactly what transpired, it’s known that Captain Lou Albano had a serious health problem during the early 1990s. Over the course of the decade, he would lose more than 150 pounds and by 2000 he did seem to have considerably improved his health.

While Captain Lou Albano was able to lose weight and get on the path to a healthier life, he wasn’t able to completely avoid health problems. He had a heart attack in May 2005. His health again took a sharp decline in 2009. He was left on hospice care. Sadly, a second heart attack would claim his life on October 14th. He died at home in Westchester County, New York. He was 76.

Even though Captain Lou Albano’s health had been rocky for years, the wrestling community was shocked by his passing. Many professional wrestlers made tributes to the former wrestling manager, and many major publications and websites, including MTV.com and New York Times, ran his obituary. In 2009, Captain Lou Albano was added to the Professional Wrestling Hall of Fame and Museum in Texas. The New England Wrestling Alliance added his name to their roster in 2011. In 2012, Wrestling Observer Newsletter honored Lou Albano with a place in their Hall of Fame as well.

Today, people don’t just remember Captain Lou Albano for his work in professional wrestling. He is also remembered for his appearances in Cyndi Lauper’s music videos, particularly “Girls Just Want to Have Fun“. The video has been played over 180 million times on YouTube. Fans continue to watch Captain Lou in the movies that he appeared in during his lifetime, including “Body Slam” and in reruns of Miami Vice and The Super Mario Bros Super Show.