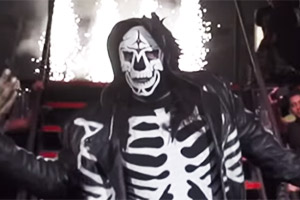 La Parka’s death is the unfortunate result of a wrestling spot gone wrong.

The luchador was partaking in a four-way match against Rush, LA Park, and Murder Clown in Monterrey, Mexico for the promotion KAOZ. During the match, La Parka attempted a “suicide dive” on his opponent Rush. A suicide dive is a fairly common wrestling move that involves diving to the outside of the ring toward your opponent. La Parka had done the move many times before, but on October 21, 2019, it did not go according to plan.

La Parka missed his opponent, hitting his head on the steel barrier and landing on the concrete floor.

Video footage of the incident went viral on social media, albeit prior to the public knowing just how serious the extent of the injuries were.

La Parka was left paralyzed and required immediate surgery for a neck and cervical fracture, as well as repairing a fractured vertebrae. La Parka hits a “suicide dive” – the wrestling move that would ultimately kill him. photo: aaa

The surgery was considered “life saving”.

It was first reported that Huerta was stable in the hospital and had even began to regain feeling in his extremities.

On the night of January 10, he had a renal failure, so it was necessary to return to assisted breathing. Today, January 11, his lungs and kidney definitely failed.

Originally from Hermosillo, Sonora, Jesus Alfonso Huerta Escoboza toured Mexico and the world under the mask of La Parka with the Caravan Estelera AAA for more than 20 years, reaching the level of the crowd idol and worldwide lucha libre legend.

In his hands he held the Triplemania Cup, the Antonio Pena Cup, the masks of Cibernetico, Gigante Drako, Halcon Dorado Jr., and Muerte Cibernetica,, as well as being the most frequent winner of the King of Kings tournament.” 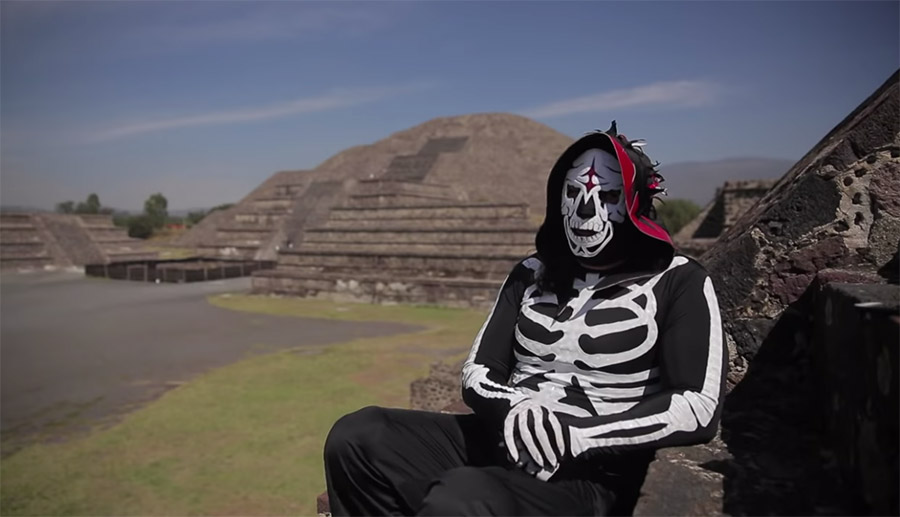 Not to be confused with WCW’s ‘La Parka’

It should be noted that the La Parka name was most famously used by Adolfo Margarito Tapia Ibarra.

The pair had a storyline feud over the name in 2010.

According to Meltzer, La Parka headlined “six different TripleMania shows between 2003 and 2010, including a match with Park where the crowd turned on him somewhat. From that point forward, he was moved down from top star position due to age and injuries, but remained a featured attraction on the shows. He was still one of the company’s signature stars at the time of the accident.”

Jesús Alfonso Escoboza Huerta had a long career in the ring, going back over three decades to 1987.

Several other wrestlers have died from accidents, including a few who died as a direct result of a wrestling spot gone wrong.

Our condolences to the friends and family of Jesús Alfonso Escoboza Huerta.