Sammartino was a huge star throughout the 60s and 70s.

In 1963 he defeated Buddy Rogers to become the second ever WWE (then, WWWF) champion. Bruno would go on to hold the title for over 7 years, a record that still stands today. The length of Bruno’s title run speaks loudly for his drawing power. WWE gave Madison Square Garden the moniker “the house that Bruno built” – they credit Sammartino for selling out the arena 187 times throughout the 60s and 70s (though some wrestling historians dispute this).

According to wrestling lore, grown men in the sold out Madison Square Garden were seen weeping when a baby faced Sammartino gave up the strap to Koloff. A purveyor of the old school, Sammartino was one of Vince McMahon Jr’s most prominent critics after he left the WWF in the late 80s.

Bruno was unhappy with the direction that professional wrestling was going, and was outspoken about the drug culture surrounding the business. Sammartino was featured on various national media outlets in opposition of McMahon, including appearances on CNN, The Phil Donahue Show, and Geraldo.

But as any seasoned fan knows, you never say never in the wrestling business.

Eventually, Bruno Sammartino and Vince McMahon reconciled. In 2013, Sammartino was inducted into the WWE Hall of Fame.

In what should come as no surprise, when Bruno Sammartino’s death was announced by WWE, tributes began flooding in from social media. 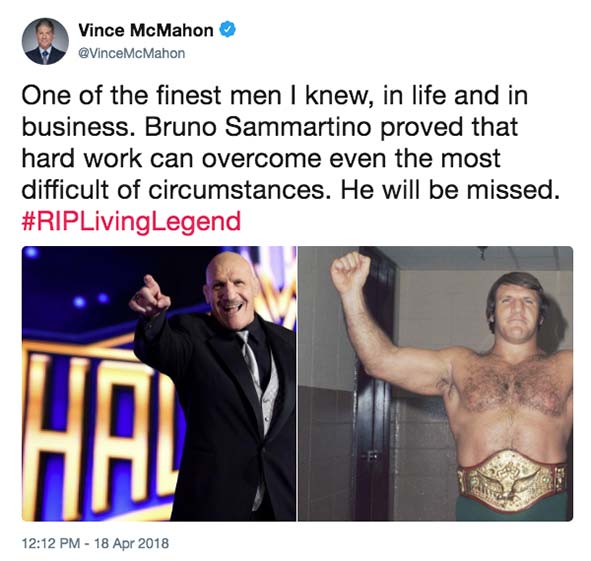 Bruno leaves behind his wife (of 59 years) Carol, and three children. His wife and two fraternal sons, Darryl and Daniel were by his side at home when he passed.

Our condolences to the friends and family of Mr. Sammartino. 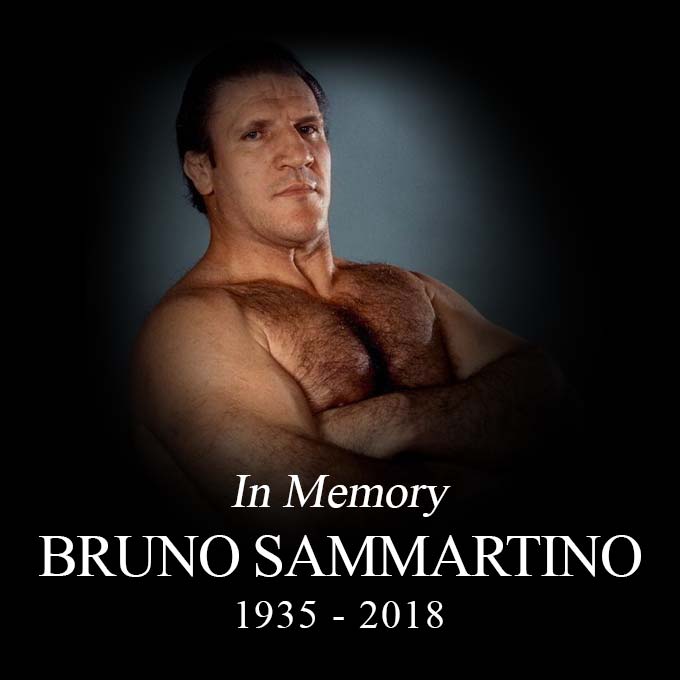