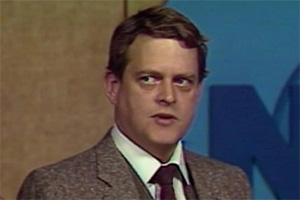 On March 3, 2021, the wrestling world lost one of the giants as legendary promoter Jim Crockett Jr. passed away.

According to Dave Meltzer, the death of Jim Crockett Jr. was due to “liver and kidney failure brought on by a bout with COVID-19”.

Jim Crockett Jr. took over his father’s National Wrestling Alliance (NWA) territory, Jim Crockett Promotions (JCP). The move turned it into a national promotion that competed against the WWF in the 1980s, effectively becoming the only real competition to the WWF. That is until Ted Turner bought the company in 1988, transforming it into World Championship Wrestling (WCW).

Born August 10, 1944, Jim Crockett Jr. wasn’t involved in the wrestling business until after his father’s death. In his memoir To Be the Man, Ric Flair recalls how none of Crockett’s children (Jim Jr., David, Frances, and Jackie) were involved with the business and that Crockett Sr.’s son-in-law John Ringley had been learning the ropes.

Tragedy struck when Jim Crockett Sr. passed away in 1973. 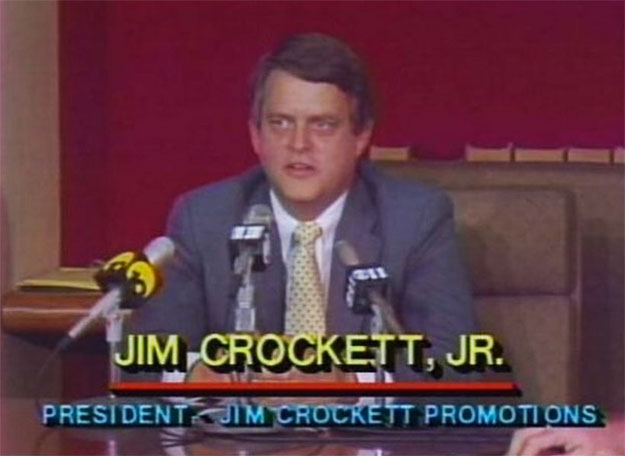 Ringley seemed to be the perfect choice to take over as he was Sr.’s choice. However, according to Flair, Ringley was having an affair with a beauty queen and eventually, the family voted him out, selecting 24-year-old Jim Jr. as the new head of Jim Crockett Promotions (which also operated minor league sporting events and other entertainment endeavors).

A Cavalcade of Stars

While other NWA promoters were uncertain of the new owner, Jim Crockett Jr. chose wisely, selecting booker George Scott to help him build up Mid-Atlantic Championship Wrestling (as JCP was known to its fans).

Scott helped Crockett bring in some of the best talent in the world, both veteran stars and up-and-coming ones. Soon, the Mid-Atlantic region became one of the most prestigious promotions in the NWA with fans getting to see young stars like Ric Flair, Greg Valentine, Ricky Steamboat, and Roddy Piper as well as established performers such as Ivan Koloff, Blackjack Mulligan, and Wahoo McDaniel. Although stars like Flair, Valentine and others had worked elsewhere before coming to JCP, it would be in the Mid-Atlantic region where they flourished, growing into the main eventers that dominated the business for years to come.

With George Scott guiding him, Crockett proved a quick study and his work in the NWA caught the group’s attention, with the NWA voting him in as the organization’s president in 1980. Crockett would serve three times in total.

Part of Crockett’s success was the elevation of “Nature Boy” Ric Flair, who became NWA World Heavyweight Champion thanks to his work in JCP, as well as Crockett’s lobbying for Flair to win the belt. 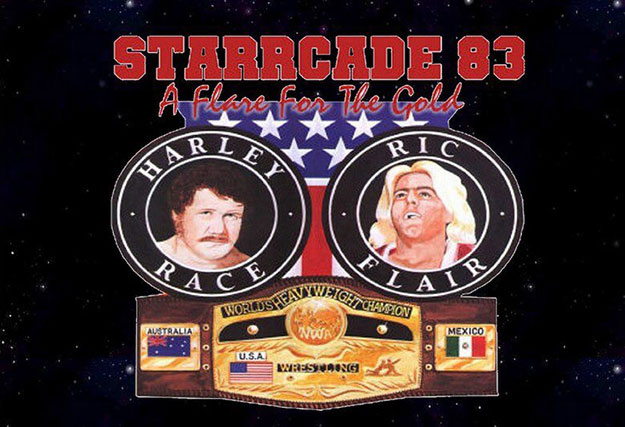 Although other promoters such as Vince McMahon had previously tried to utilize pay-per-view (actually events where fans attended venues with closed-circuit TV screens) to expand the paying audience, Crockett showed how to make things work.

The first Starrcade was main event’ed by Ric Flair challenging Harley Race for the NWA World Championship in a Steel Cage Match and the show became a mainstay.

While the WWE continues to refer to WrestleMania as “The Grandaddy of Them All,” educated fans know that 1983’s Starrcade: A Flare for the Gold started it all, proving that wrestling pay-per-views could work when promoted properly.

Ironically, Crockett’s success with Starrcade would lead to Vince McMahon’s WrestleMania, the pay-per-view event that helped the WWF become the top promotion in North America.

But Crockett didn’t give up.

Instead of bringing in proven talent, Crockett took his chances bringing in fresh faces that proved to be top draws in their own right, including Magnum T.A., the Rock-n-Roll Express, Tully Blanchard, Nikita Koloff, Arn Anderson, and the Road Warriors.

Over time, JCP was the only promotion that was big enough to compete with the WWF. Crockett offered traditional fans a strong alternative to the cartoonish WWF product, focusing on a more realistic product that favored athleticism and a more violent (but not hardcore) style.

Crockett expanded his promotion, expanding his pay-per-view shows after the success of the Great American Bash summer tour. He also began the Jim Crockett Sr. Memorial Tag Team Tournament, which featured some of the world’s top teams fighting for a kayfabe $1,000,000 prize. Crockett also sold video cassettes of some of the promotion’s more popular shows.

There are a number of factors that have been mentioned including over-expansion, excessive spending, and questionable booking late in the promotion’s history.

Ultimately, Jim Crockett Jr. was facing severe financial consequences and in 1988, he sold a majority interest in the company to Ted Turner, with the promotion becoming WCW. He spent his later years working in real estate and mortgages.

Although JCP would fail in the end, Jim Crockett Jr.’s legacy to wrestling is impressive whether you look at his nurturing young talent into main eventers, his innovation in making wrestling pay-per-views successful, or his commitment to staying true to the wrestling product his fans wanted, rather than wavering and trying to emulate others.

A number of sites and wrestlers paid tribute to the late wrestling promoter, including the Cauliflower Alley Club, All Elite Wrestling, Robert Gibson, the WWE, Lance Storm, and many others.

If not for my love of Jim Crockett promotions I doubt I ever would have considered a pro wrestling career.
Thank you Jim Crockett jr.
May you Rest In Peace.

AEW and the wrestling world mourn the passing of the legendary Mid-Atlantic Wrestling and NWA promoter Jim Crockett, Jr. Our thoughts are with his family, his friends and his fans. pic.twitter.com/rZN7k9e350

What are your favorite memories from Jim Crockett Promotions? Let us know in the comments.